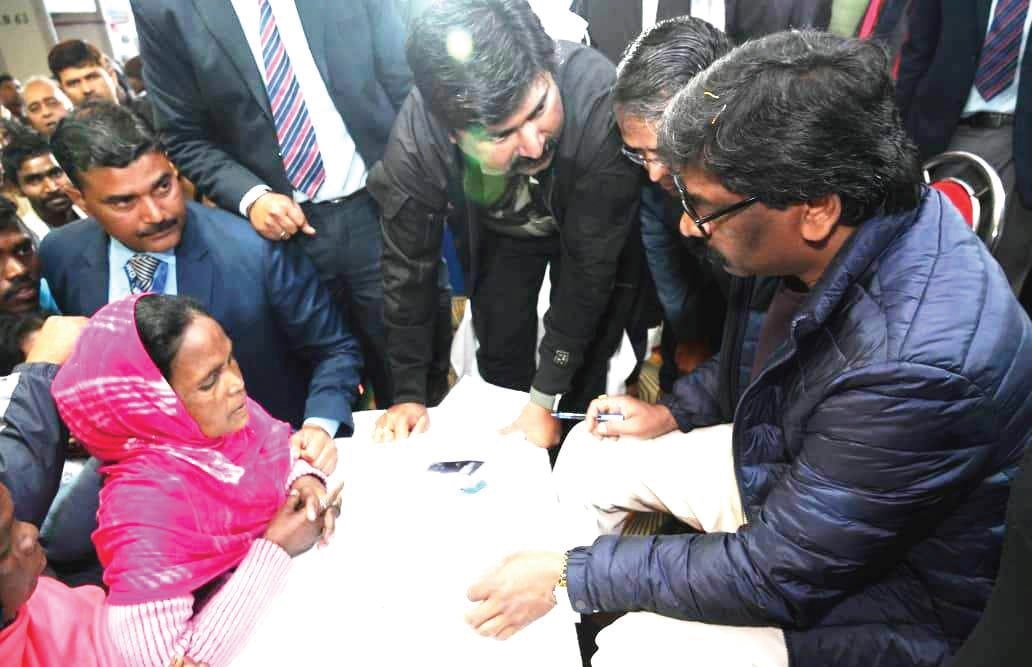 Sahibganj: Chief Minister Hemant Soren reached Patna on Wednesday as part of his two-day tour. Addressing the party workers on the occasion he said that since the formation of Jharkhand, no government has developed Santhal Pargana in the last 20 years. He said that his government has just completed three years in power and Santhal Pargana will be rejuvenated in the next two years.

Attacking the opposition strongly the Chief Minister said that it took 30-40 years to get the state of Jharkhand and 20 years to oust the opposition parties from power. Taking a dig at the opposition he said that those who have been outsiders how would they understand the pain of the natives here such people only keep on plotting in the whole country by using deceit force and money they do the work of tricking the people.

Continuing his tirade he said that those who do not bow down before them, they implicate them in false cases and send them to jail. The Chief Minister said that their plans would not be successful during JMM’s existence.

Enthusing the workers, he said that it is not easy to fight with these conspirators but it is easy to defeat them if all the workers gear up and have to fight against such forces firmly. Earlier, DC Ramniwas Yadav, DIG Sudarshan Mandal, SP Anuranjan Kispotta welcomed the Chief Minister at Talbaria ground of Patna block. The Chief Minister was given a guard of honour at the helipad itself.

After this Chief Minister reached the residential office at Patna. Hundreds of workers including MLA Dinesh Marandi, JMM District President Shahjahan Ansari, Central Committee member Nazrul Islam, and others were present on the occasion.

Previous ArticleGovernment should work to protect the identity and traditions of tribal: Babulal Marandi
Next Article Fog, mist and partly cloudy sky to prevail in Jharkhand
Must Read