Water, forest and land are linked to the identity of Jharkhand, we are determined to save: Hemant Soren 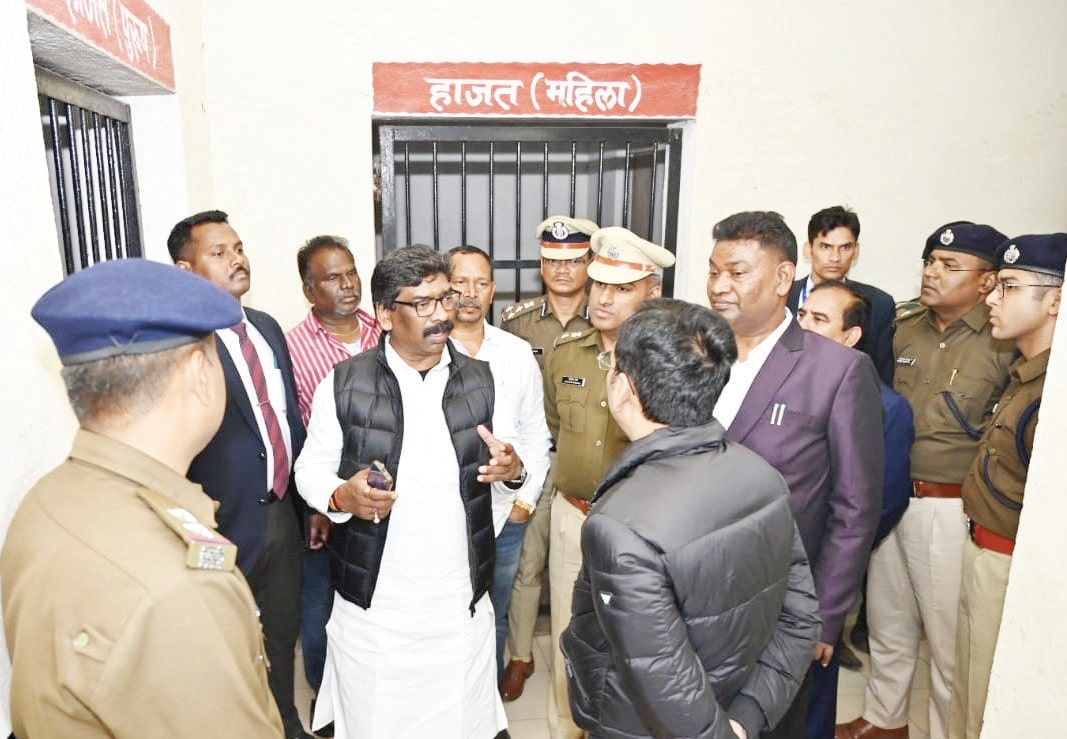 Simdega: Jharkhand Chief Minister Hemant Soren said that Water forest and land are linked to the identity of Jharkhand and his government is determined to save it. Addressing the Khatiyani Johar Yatra here he said that for environmental protection it is necessary that water moves towards sustainable development by maintaining harmony between land and forest and his government is moving forward with this thinking.

The Chief Minister said that his party has fought a long struggle for the creation of a separate state of Jharkhand and many agitators have given their martyrdom in this movement and now the government is moving forward in the direction of construction a new Jharkhand as per the dreams of our martyrs.

Adding further he said that when the domicile bill of 1932 from the Vidhansabha, it was warmly welcomed by the people of the entire state. Our effort is to give the people here their full rights and entitlements and the government will take whatever necessary steps are necessary in this regard he said.

The Chief Minister said that the schemes of the government should not be limited to papers and files. For this, it has gone on a district tour program so that it can get information about the ground reality of the schemes. The government is laying special emphasis on ensuring that the last person in society gets the benefits of the schemes.

In this episode, not only their problems were solved by going to the door through the Government at your door program, but also the work of connecting with the schemes was done and this series will continue further. The Chief Minister said that the government is doing the work of strengthening the rural economy. In this connection, many schemes have been started for farmers and labourers so that they can be empowered and provide employment in their own homes.

The Chief Minister said that during the Corona period, the government did the work of providing employment to the migrant laborers along with bringing them back by air. At the same time, 3500 rupees were given per farmer to provide relief to the farmers in the drought situation in the state due to less rains.

He told people to join these schemes and inspire others to join. He said that now no elderly person will remain without pension in Jharkhand. At the same time the government has started many schemes including the Kishori Samriddhi Yojana, for the girls to move ahead after studying.

Previous ArticlePM names an Island in Andaman and Nicobar after Jharkhand’s brave son Lance Naik Albert Ekka
Next Article Convocation is stage and not destination, says Governor
Must Read