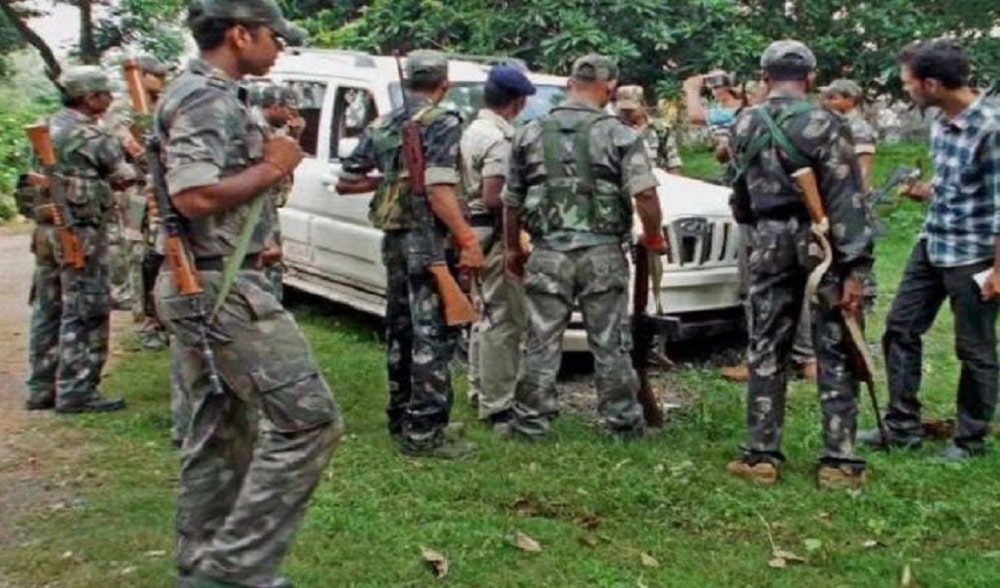 Lohardaga: In a major success for Jharkhand Police a joint team of Lohardaga Police and CRPF’s 158th battalion huge cache of arms and ammunition have been recovered following the encounter and combing operations which had taken place inside Korbo forest under Bagdu Police Station area of this district from December 28 to 30.

Briefing the press Lohardaga SP R Ramkumar on Saturday said that the sub-zonal commander who was killed in the encounter and another one who got arrested each carried a reward of Rs 5 lakh on their heads respectively. He said that the weapons which have been recovered from the spot included An Insas rifle A SLR rifle Two. 303 rifle a semi-automatic rifle a country-made pistol loaded with magazine and a desi katta while 609 cartridges were also recovered from the spot.

Further 200 IEDs 200 meters of Codex wire 10 detonators Naxal literature mobile phones two bag packs having items of daily needs were also recovered from the spot. The SP said that a tip-off had been received regarding the movement of CPI Maoists Zonal Commander Ravindra Ganjhu who is carrying a reward of Rs 15 lakh on his head along with his squad members inside the forest on December 28. Following the tip off a joint team of Police and CRPF’s 158th conducted search and combing operations inside the forest.

Upon seeing the security forces the ultras opened indiscriminate firing which was retaliated by force. However, as the Maoists got surrounded they fled into the deeper reaches of the forest. Later the jawans in their combing found a injured Maoist and caught another one who were identified as Gobind Birijiya and Chandrabhan Pahan alias CB Pahan.

The injured was taken to treatment at Sadar Hospital Lohardaga where Pahan died in the course of the treatment and later his body was identified by his kin.

Previous ArticleJharkhand actress’ murder: Accused husband, his brother are trained shooters
Next Article Survey report of Airport Authority of India released: Customer unhappy with the facilities of Ranchi Airport, rank down from first to fourth
Must Read