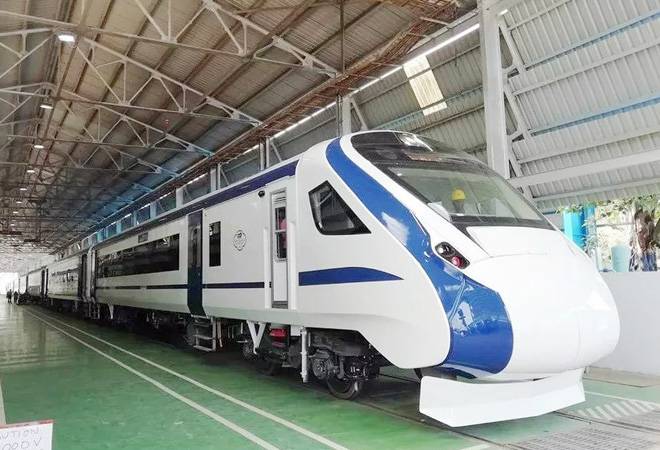 New Delhi (IANS): Indian Railways has set up a separate team to ensure speedy trials of the much-awaited Trainset, a first for the national transporter, that will roll out on October 29 from Chennai's Integral Coach Factory (ICF).

A separate directorate of six senior officials has been created in the Research Designs and Standards Organisation (RDSO) to ensure speedy trials of the first indigenously-built semi-high speed train and subsequently other such trains in future on the Indian rail network.

Branded Train-18, the AC train with 16 coaches will undergo short runs near ICF for five days for testing its braking system, the on board air conditioning and other systems -- as well as for familiarising the crew with the control systems -- before reaching New Delhi on November 7.

"The new train will then move to the Moradabad-Bareli section for 150 kmph speed trials for a few days," a senior Railway Ministry official told IANS. Thereafter, the train will run at 160 kmph between Kota and Sawai Madhopur for the final trial.

"Both sections will have empty and sandbag loaded trials and the RDSO will monitor the entire process before giving the green signal for the commercial run between Delhi and Bhopal," the official said.

A trainset is a set of coaches coupled mechanically and electrically with driving cabins at both ends and distributed traction power across the train.

Dubbed as next-generation train, it is capable of running at speeds of up to 160 kmph.

The acceleration and decceleration is faster in a trainset as compared to other trains hauled by locomotives, thereby considerably reducing the travel time.

Driven by a self-propulsion module and fitted with CCTV cameras, it would have two executive compartments in the middle with 52 seats each, while the other coaches would have 78 seats each.

Estimated to cost about Rs 100 crore, the first trainset will have a few imported components such as French-made seats, brakes and couplers from Germany, along with a Czech-made door system -- all of which are to be indigenised for the next rake.

ICF will be manufacturing six trainsets under the Train-18 programme, of which two are planned with sleeper class coaches.

Aimed as a landmark improvement in passenger travel, rotating seats which can be aligned in the direction of travel, onboard infotainment system with non-stop Wi-Fi, vacuum toilets, sliding doors and continuous windows for a contemporary modern look are some other features of the trainset.