Government is engaged with full force in the Navnirman of Jharkhand: Hemant Soren 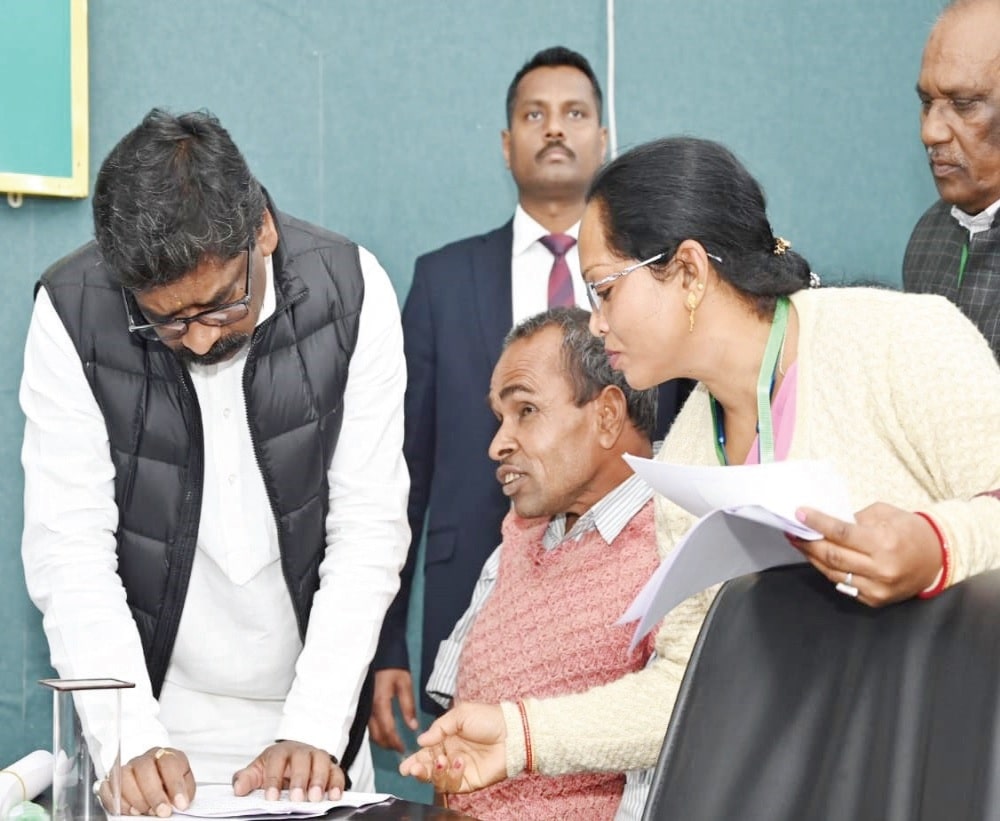 He said adding that many people from here have sacrificed their lives in the struggle against British rule to create a separate state of Jharkhand. Their martyrdom should not go in vain with this thought and purpose the government is engaged with full force in building a new Jharkhand. He said that his government is trying to create such a system where it give everyone their rights and entitlements with full respect.

The Chief Minister said that his government is creating such a system where the officers are going to their doorstep to solve their problems. Under the Sarkar Aapke Dwar programme, work is being done to give the benefits of various schemes by organizing camps in panchayats and this process will continue continuously. He said the government is making efforts to make the schemes of the government reach every person.

Moreover, there are many schemes including Mukhyamantri Pashudhan Yojana, Phulo Jhano Ashirwad Yojana, Savitri Bai Phule Kishori Samriddhi Yojana, through which work is being done to make people empowered and self reliant.

The Chief Minister said that the government lays special emphasis on providing better and quality education to the children of the state. In this connection, on the one hand, the scholarship amount of school children has been increased, and on the other hand, the government is providing 100 percent financial assistance to students for higher education abroad.

Not only this, financial assistance is being given by the government to the students for preparing for competitive exams and studying engineering, medical, law etc. Model schools are being opened in the state, where children will be given education on the lines of private schools he said.

The Chief Minister said that Jharkhand will be made a developed state with the cooperation of the people and officials of the state. For this, several steps are being taken by the government. He said that there is a clear instruction to the officers to act according to the sentiments of the people of Jharkhand and fulfill their full responsibility in speeding up the pace of development.