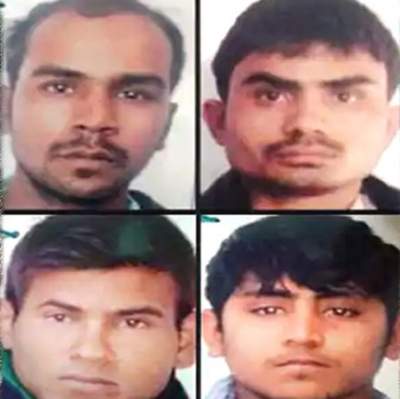 New Delhi (IANS) The Supreme Court on Tuesday declined to entertain Centre's plea seeking stay on a Delhi High Court order for simultaneous execution of all four convicts in the Nirbhaya gang rape and murder case.

Solicitor General Tushar Mehta contended that the moment authorities move for death warrant, the one accused, who is yet to exhaust mercy petition to the President and curative petition, would move the mercy plea to stall execution of all convicts on death row.

A bench headed by Justice R. Banumathi and comprising Justices Ashok Bhushan and A.S. Bopanna insisted that the Centre should move the trial court for issuance of fresh date for death warrants.

"If nothing is pending then you (Centre) can ask for fresh warrants," said Justice Bhushan.

Mehta informed the court that except for Pawan, the remaining three accused have exhausted all legal remedies available at their disposal.

The apex court observed that none of the four convicts have taken any step within one week time, which was given by the Delhi High Court. Therefore, in this scenario, the Centre may move the trial court for issuance of fresh date for execution of death warrants.

Mehta also cited the alleged encounter of accused in the Hyderabad gang rape and murder case.

It is in situations like this that people celebrate encounter killings," Mehta contended before the bench.

The apex court has kept the petition of Centre for further hearing on Thursday and said that this pendency would not preclude trial court to issue appropriate orders in the matter.