Anti-terrorism measures should not be politicised: Modi 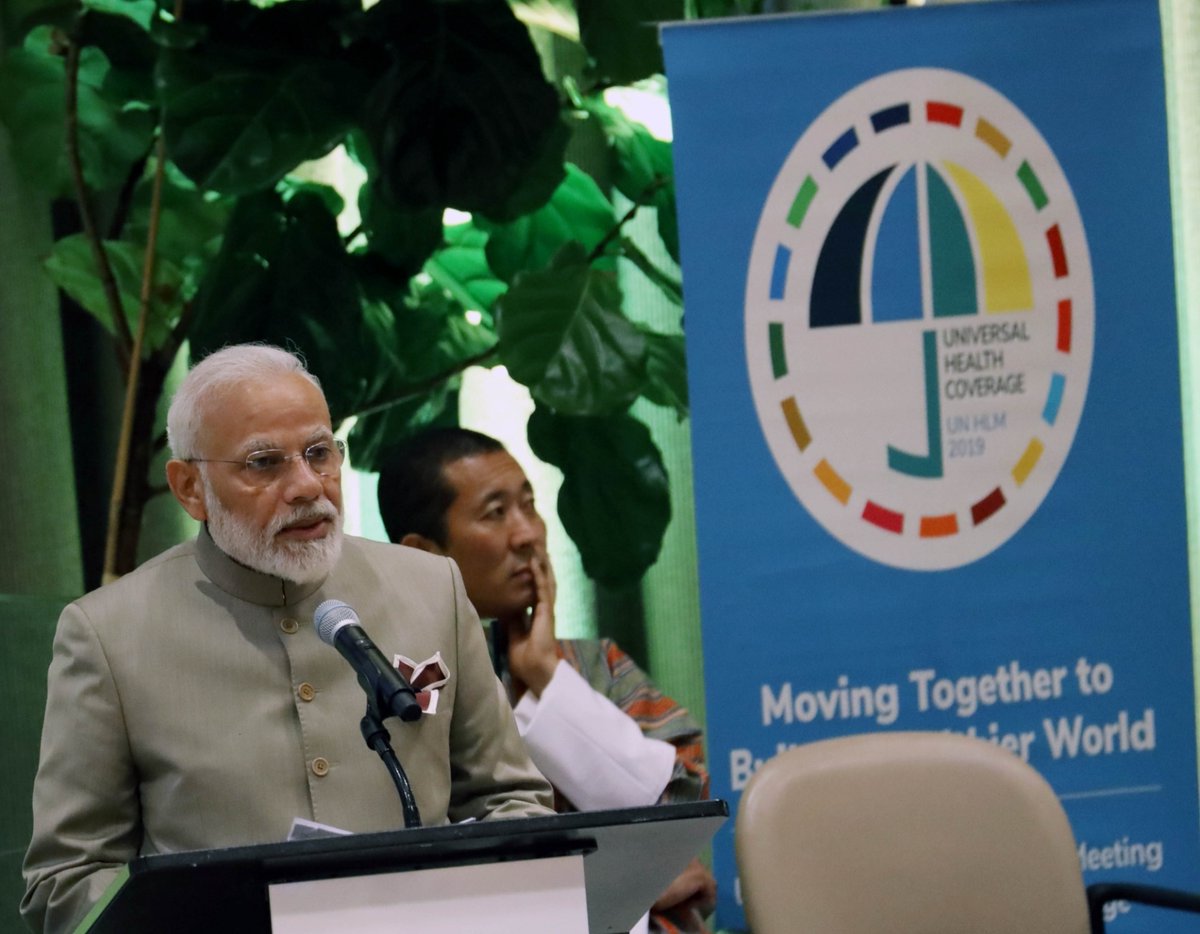 United Nations (IANS) Prime Minister Narendra Modi has urged nations not to politicise anti-terrorism measures like the listing of militants for UN sanctions or imposing financial restrictions on countries involved in financing terrorism.

Briefing reporters here about Modi's participation in the Leaders' Dialogue on Strategic Responses to Terrorist and Violent Extremist Narratives, External Affairs Ministry Secretary (West) Gitesh Sarma said on Monday that the Prime Minister told the group that "we need to avoid politicisation of mechanisms like UN listings" that puts terrorists under sanctions and the Financial Action Task Force (FATF), which monitors terrorist financing to effectively fight terrorism.

The request was directed at China -- even though he did not name it -- because it had opposed for about a decade the listing Jaish-e-Mohammed (JeM) chief Azhar Masood as an international terrorist by the UN Security Council.

Under international pressure, it dropped the veto in May.

Speaking at the Council for Foreign Relations on Monday, Pakistan Prime Minister Imran Khan accused India of trying to "bankrupt" it by pursuing actions against it by the FATF.

Modi told the meeting that the world should come together to fight terrorism like it has to combat climate change.

Sarma said that Modi's message at the meeting was "terrorism is a global issue and let us all work together. Let us not get into political ways to look at terrorism".

Previous ArticlePeople will not forgive those who work against the country: Raghubar
Next Article Modi discusses cricket to counter-terrorism in meetings with leaders
Must Read