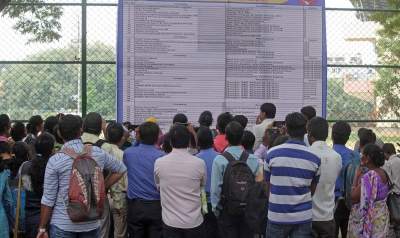 New Delhi (IANS) Hit hard by the 5-year low GDP growth and a 45-year high unemployment rate of 6.1 per cent, the newly formed Modi government swung into action and on Wednesday, as it formed two new cabinet committees to check the declining trend in growth and employment and spur demand as well as consumption.

The stupendous success of the Modi government at the hustings with 303 Lok Sabha seats was marred by the news on the economic front. The New economic and job numbers set alarm bells ringing. Finance Secretary Subhash Chandra Garg has already said the slowdown of Q4 could persist in the Q1 of the currnent fiscal.

The numbers were unimpressive. The fourth quarter GDP growth (Jan-MArch) is at 5.8% , a 17-quarter low while the same day a government report of joblessness pegged it at the highest in 45 years. These macroeconomic figures released last month — GDP growth, unemployment numbers and core sector data — laid bare the enormous challenges the Modi 2.0 team faces in resurrecting the slackening economy and restoring the confidence of investors.

The Labour Ministry data revealed joblessness in the country was 6.1 per cent of total labour force during 2017-18, the highest in 45 years. Much to the discomfort of the government, this has confirmed the unemployment rate projected in a pre-election leaked report. Data from the Labour Ministry showed that 7.8 per cent of all employable urban youth were jobless, while the percentage for the rural segment was 5.3 per cent.

The core sector data, too, pointed towards a gloomy picture as contraction in crude oil, natural gas and fertiliser output pulled down the aggregate growth rate of eight core infrastructure industries in April to 2.6 per cent. This was much lower than the 4.7 per cent growth recorded in same month last fiscal.