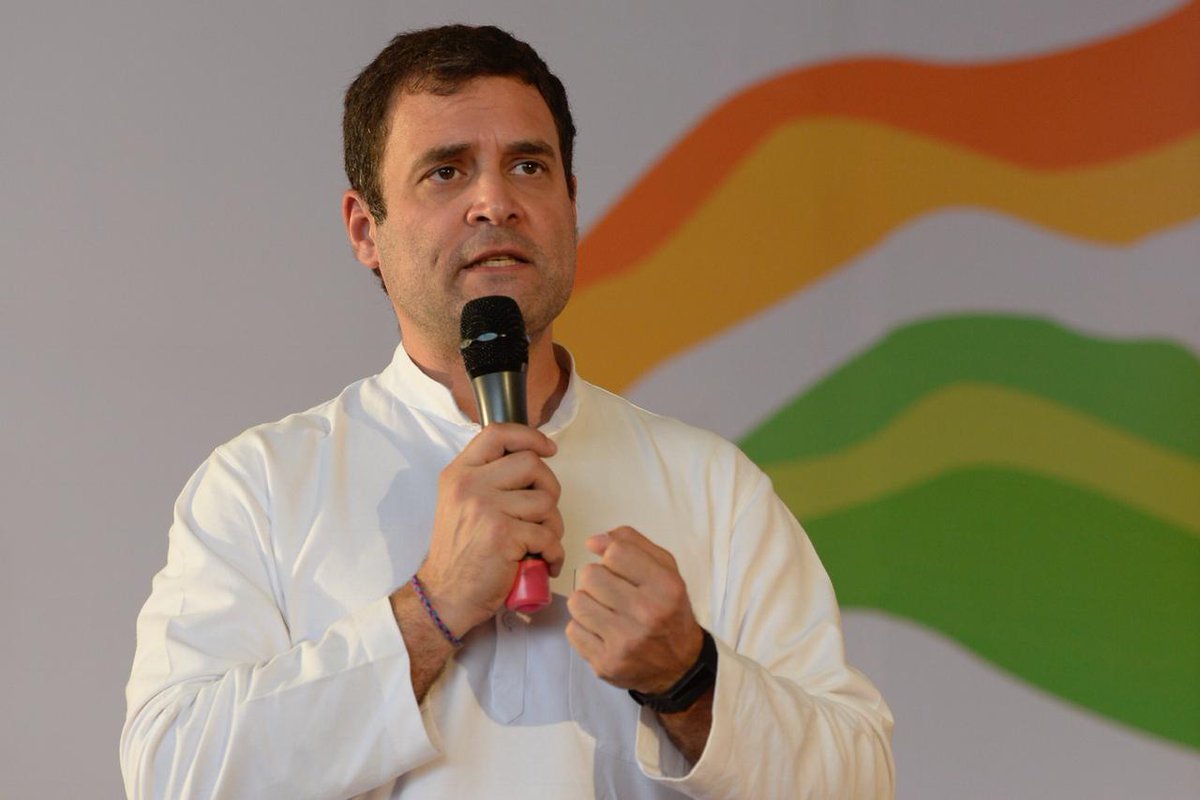 New Delhi (IANS) Taking potshots at the Modi government over rising unemployment and for "destroying" the country's economy, Congress President Rahul Gandhi said on Wednesday, the 'Nyay' income guarantee scheme would be a surgical strike on poverty and its announcement has ensured the BJP's defeat in the Lok Sabha elections.

Taking a dig at Prime Minister Narendra Modi, he said several lakh crore rupees were given to corporates by the current regime, while people were given false hopes of Rs 15 lakh in their accounts.

"I had said the promise of Rs 15 lakh is not possible. We will give Rs 72,000 per annum to 20 per cent of the poorest. It will bring 25 crore people out of poverty, " Gandhi said while addressing the national convention of the party's OBC unit.

The scheme will help eradicate poverty in the 21st century, he said.

Gandhi said the announcement about the "historic" Nyay scheme by the Congress had scared Modi.

"Have you seen his face today? I saw fear. His time is up," he told the gathering, adding the Modi government was going to lose the elections to the Congress.

Gandhi said Modi gave financial assistance worth Rs 3.5 lakh crore to "his corporate friends" but he did not have money for the youth who want to start businesses.

"Modi ji has handed over bank keys to those who wear suits worth Rs 15-20 lakh, travel in Mercedes. The economy has been destroyed by Modi ji through demonetisation and Gabbar Singh Tax. We do not want such an India. Justice should be done with everyone," said Gandhi.

He said the unemployment rate in the country was the highest in the past 45 years.

If Congress comes to power, it will exempt young entrepreneurs from taking permission from the government for the first three years of the venture, he said.

He said in the present BJP government people have to undergo a lot of problems to seek permission for their businesses.

Gandhi said his party and its chief ministers listened to everyone and worked together.

"Delivery of justice by Congress has started," Gandhi said referring to the Nyay scheme and fulfilment of the promise of farm loan waiver in Rajasthan, Madhya Pradesh and Chhattisgarh.