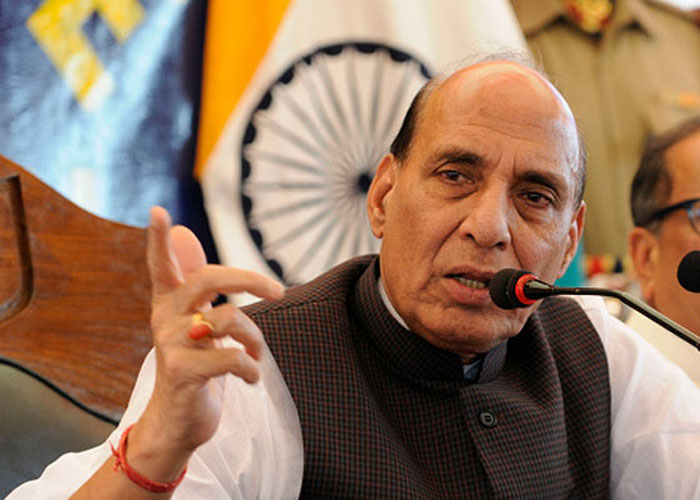 The Cabinet Committee on Security will meet on Friday morning to discuss the terrorist attack and the security situation in the state.

The Home Minister will visit Srinagar on Friday to take stock of the situation and meet senior security and police officials to make a ground-level assessment and review further operational actions.

The Home Ministry also rushed teams of National Investigation Agency operatives and forensic experts to Jammu and Kashmir to carry out an investigation into the attack.

Arrangements were made to airlift the mortal remains of the killed troopers.

In the worst-ever terror attack in Jammu and Kashmir since militancy erupted in 1989, a suicide bomber on Thursday rammed his SUV packed with explosives into a CRPF bus on the Srinagar-Jammu highway in Pulwama district, killing at least 43 troopers.

The Pakistan-based Jaish-e-Mohammad (JeM) claimed responsibility for the horror and released a video clip of the suicide bomber, a 'commander' identified as Adil Ahmad Dar, which it claimed was shot before the young man carried out the strike in Lethpora, about 30 km from Srinagar.