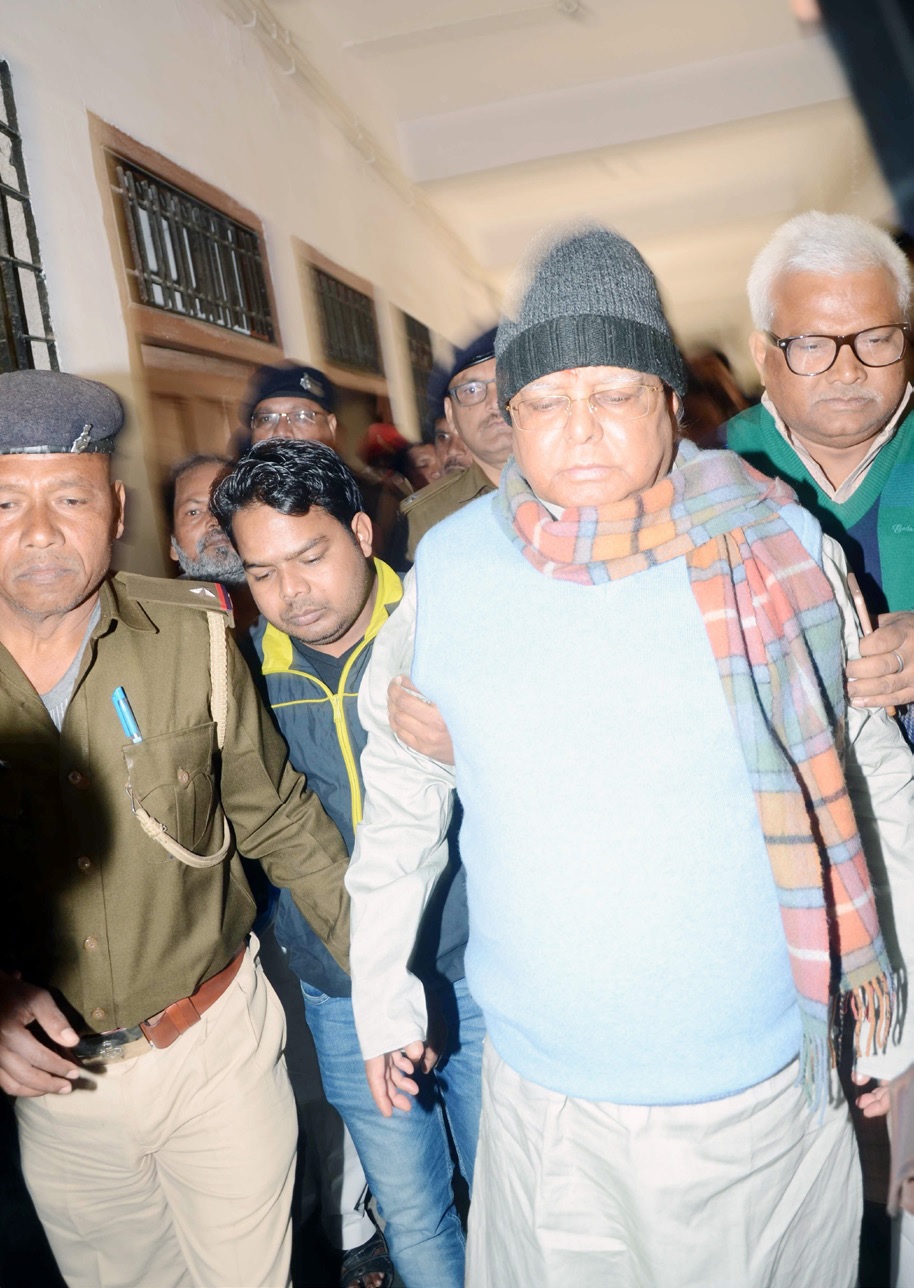 Ranchi: Jailed former Bihar Chief Minister and RJD supremo Lalu Prasad Yadav appeared before a special CBI court in connection with case number RC 47A/96 related to fraudulent withdrawal of Rs 139 crore from the Doranda Treasury of unified Bihar of the nineties.

Mr Yadav appeared before the court of special CBI judge SK Sashi. The court asked a total of 34 questions to Mr Yadav who replied them one after another. After appearing before the court Lalu Yadav returned back to RIMS where he is currently undergoing treatment of various ailments.

Lawyer of Mr Lalu Yadav Prabhat Kumar said that hearing of the day was held under section 313 of CRPC under which it is compulsory for the accused to appear before the court. He said that other cases were small but the Doranda Treasury case is spread across 1990-1195 which a long period.

He said that in the charge sheet which was filed in the case in 2002 there were a total of 180 accused but later the number of accused in the case came over the years came down to 111.

Earlier Lalu Yadav reached at the court from RIMS at round 1030hrs during which he was accompanied by his close associate Bhola Yadav. In wake of the Lalu Yadav’s presentation before the court, elaborate security arrangements had been made with a large number of police deployed inside and outside the courtroom. A ban was also imposed on the entry of media and outsiders inside the courtroom.

Previous ArticleBabulal Marandi returns to Ranchi, talks on to bring Pradeep and Bandhu on board for merger
Next Article Hemant Soren to get ‘Champion of Change Award’
Must Read