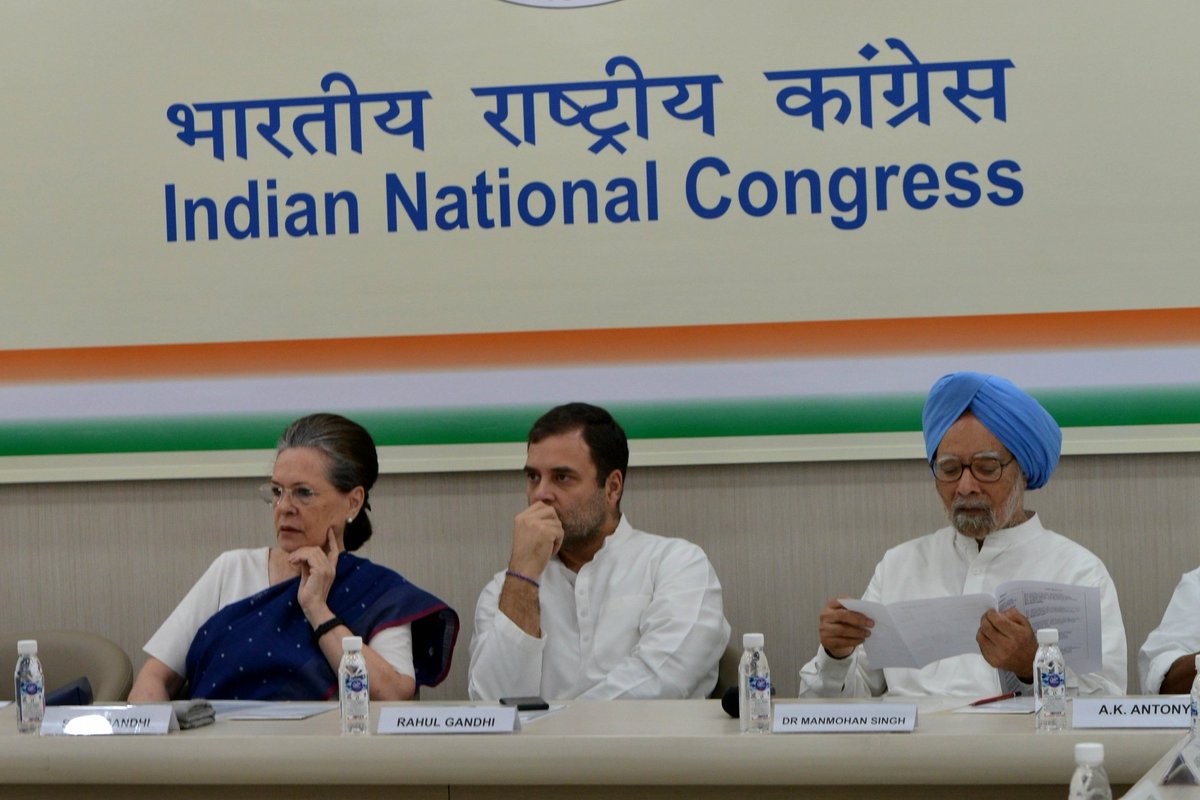 New Delhi (IANS) Criticised for their lackadaisical attitude during the Haryana and Maharashtra Assembly polls, the Congress has decided to go big on campaigning in Jharkhand that goes to polls in November end.

The party on Thursday released a list of 40 star campaigners, including Rahul Gandhi, Manmohan Singh and Sonia Gandhi, for the Jharkhand Assembly polls.

One name though missing from that list was Priyanka Gandhi's.

The party is galvanising itself for the elections after the morale- boosting results from Haryana and Maharashtra.

The top leadership of the party has been accused of not having done enough during the recently concluded polls.

In Haryana, Rahul Gandhi campaigned twice and in Maharashtra he addressed five rallies. Sonia Gandhi and Priyanka Gandhi did not campaign in both the states.

The party has released two lists of candidates. It has called a meeting of its leaders on Saturday to prepare for the elections.

Jharkhand will go to polls from November 30 in five phases.

The Congress is contesting the Assembly elections in the state in alliance with Hemant Soren-led Jharkhand Mukti Morcha with RJD.