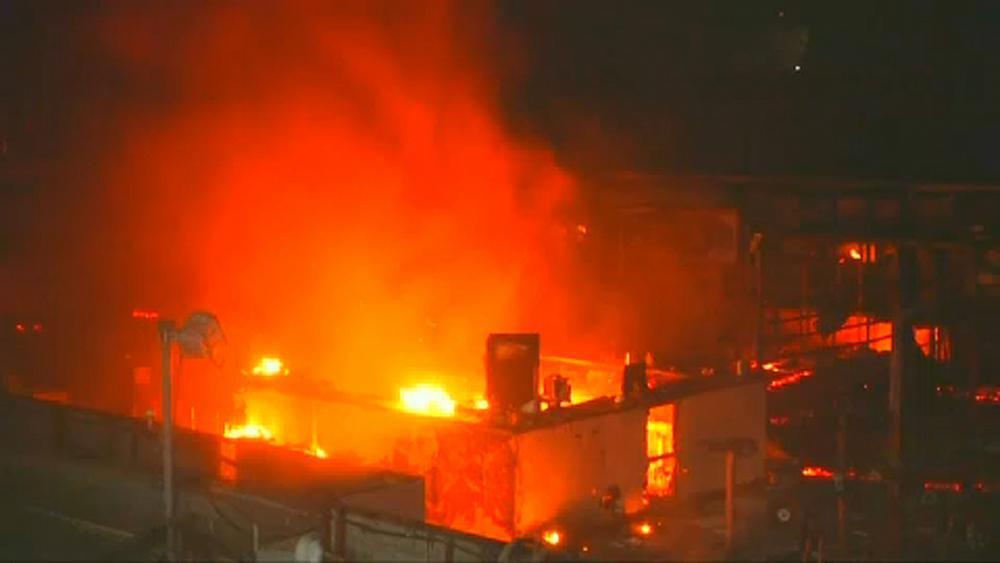 Mumbai, Aug 22 (IANS) At least four persons, including an elderly woman, were killed and 16 others injured on Wednesday when a massive fire ripped through a highrise building here, officials said.

The fire broke out on the 12th floor of 17-storeyed Crystal Tower building located in Parel.

The flames quickly spread to the 13th floor and adjacent flats, trapping many of the 100-plus residents in the building.

The Mumbai Fire Brigade rushed 12 fire tenders, a snorkel and other advanced equipments to combat the blaze.

The firemen managed to rescue another 20 stranded persons.

Though the exact cause of the fire is being investigated, officials tentatively surmise it could be due to a short-circuit.

Two of the victims were identified as Shubhada Shelke, 62, Bablu Shaikh, 36. The identities of the two other persons were being ascertained.

Among the injured is one fireman Sandeep Manjre besides nine males and six females, said an official.

Rushing to the site, Mumbai Mayor Vishwanath Mahadeshwar said a probe would be launched to find if there were any safety violations in the building and appropriate action shall be initiated.

Previous ArticleNew Kerala has to be built, UAE to give $100 mn: Vijayan
Next Article India thrash England by 203 runs in 3rd Test
Must Read