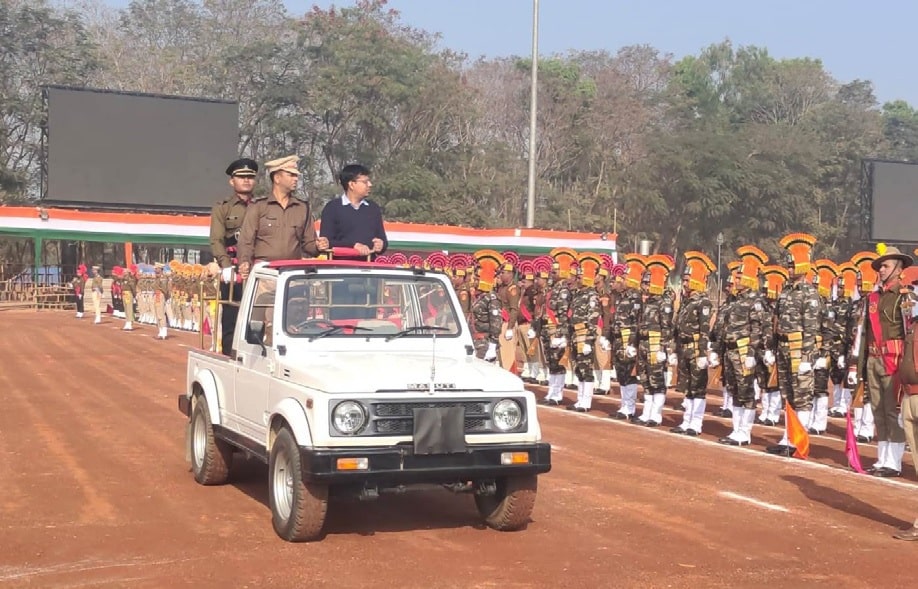 Ranchi: Full dress rehearsal of the Republic Day main function to be held at Morhabadi Maidan in Ranchi was done on Tuesday. The full dress rehearsal was done under the supervision of Deputy Commissioner, Ranchi Rahul Kumar Sinha and Senior Superintendent of Police Kishore Kaushal.

During the full dress rehearsal, all the events to be held on Republic Day were replicated on a real-time basis. Deputy Commissioner Rahul Kumar Sinha inspected the parade along with the Senior Superintendent of Police and took the march-past salute.

While addressing the parade parties, instructions were given by the Senior Superintendent of Police for necessary improvements. Top officials inspected the venue and reviewed the preparations and gave appropriate and necessary guidelines for better arrangements. After the full dress rehearsal, a joint briefing was held for the deputed officials.

During this, police officials were present along with district-level officials. During the briefing, all the officers were given detailed information about the joint order issued by the Deputy Commissioner-cum-District Magistrate, Ranchi and Senior Superintendent of Police, Ranchi. Deputy Commissioner Rahul Kumar Sinha gave necessary guidelines to all the deputation officials to reach the place of deputation on time to discharge their work and responsibilities.

He said that all the officials should fulfill their respective responsibilities sincerely, reach their place of deputation on time and discharge their work. Senior Superintendent of Police Kishore Kaushal directed the deputed police officers and police forces regarding the security arrangements during the ceremony.

Previous ArticlePartly cloudy sky and dry weather to prevail over Jharkhand
Next Article Government is engaged with full force in the Navnirman of Jharkhand: Hemant Soren
Must Read