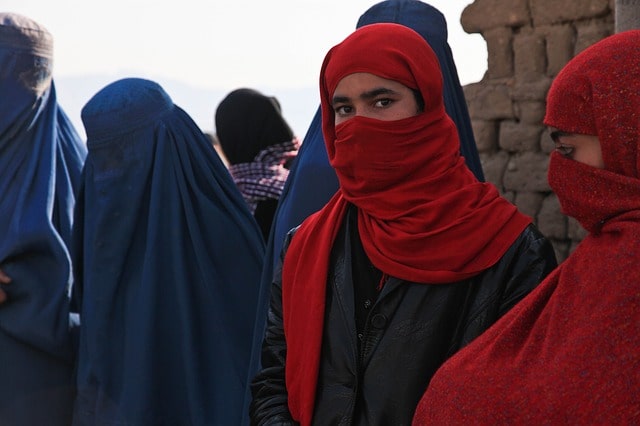 New Delhi (IANS): Ahead of Assembly elections in five states, the Union Cabinet on Wednesday approved an ordinance making triple talaq a criminal offence, with the government stating that there was a "compelling necessity" and "overpowering urgency" to do so.

The ordinance, which will be sent to the President for approval, comes against the backdrop of the government's inability to get a bill on the issue passed in the last monsoon session of Parliament.

The government then brought some changes in the original bill providing for only the women or their blood relations to file complaints against the erring husbands in a bid to get support from the Congress and other parties in the Rajya Sabha but did not succeed in passing it.

Briefing reporters after a meeting of the union cabinet on why it was resorting to an ordinance, Law Minister Ravi Shankar Prasad said that instances of instant triple talaq have "continued unabated" in spite of the Supreme Court declaring it unconstitutional and Lok Sabha passing a bill that is now pending in the Rajya Sabha.

He attacked the Congress and said it had not supported the bill in the Rajya Sabha due to "vote bank politics".

Prasad said the issue pertained to respect for women and not to religion or path of worship.

"The issue of triple talaq has nothing to do with faith, mode of worship. It is pure issue of gender justice and gender equality."

He said triple talaq was still being given on flimsy grounds such as chappati getting burnt and wife waking up late. There were instances of the instant divorce having being given on social media platform WhatsApp, he said.

"Women are being oppressed, they are suffering. Most instances are taking place in Uttar Pradesh," he said.

Giving out figures of triple talaq cases between January 2017 and September 2018 from several states that totalled 430 including 229 before the Supreme Court judgement and 201 later, he said there could be many other unreported cases.

"The bottom line is that cases of triple talaq continue unabated. Whatever we have collected is shocking," he said.

Prasad said several Islamic countries have banned instant triple talaq but it still prevailed in a secular country like India.

He said the offence will become cognizable (with the provision of three years imprisonment) if the FIR is filed by the woman or by her blood relations. A compromise can be reached at the initiative of woman and with appropriate conditions imposed by the magistrate concerned.

Prasad also said that bail can be given by the magistrate after hearing the woman who has filed the case. The custody of minor children will go to the mother and she will be entitled to maintenance for herself and her minor children.

He said the purpose was not to break families and a compromise will have the court's seal.

Prasad appealed to UPA chairperson Sonia Gandhi to support the efforts for giving justice to women by rising above the considerations of "vote bank politics."

He made a similar appeal to BSP chief Mayawati and West Bengal Chief Minister Mamata Banerjee. "Support it by rising above politics," he said.

Prasad said the Congress supported the bill in the Lok Sabha but not in the Rajya Sabha.

"Let them publicly say when the session commences we will support it. We would appreciate their support in the House, not before TV channels," he said.

He said the government tried to take the Congress along. Parliamentary Affairs Minister Ananth Kumar had, on the directions of Prime Minister Narendra Modi, met Congress leaders to seek their support for the passage of the bill in the Rajya Sabha.

Asked if steps will be taken for the empowerment of Muslim women, including BJP giving ticket during elections, Prasad said the issue should not be reduced to political empowerment: "We are consciously keeping this bill away from political divide. It is for gender justice."

Previous ArticleRafale deal: Government not to satisfy ego of 'ill-informed' Congress leaders
Next Article Congress to take part in J&K polls
Must Read