TN to give Rs 1,000 cash to all ration card holders as Pongul gift 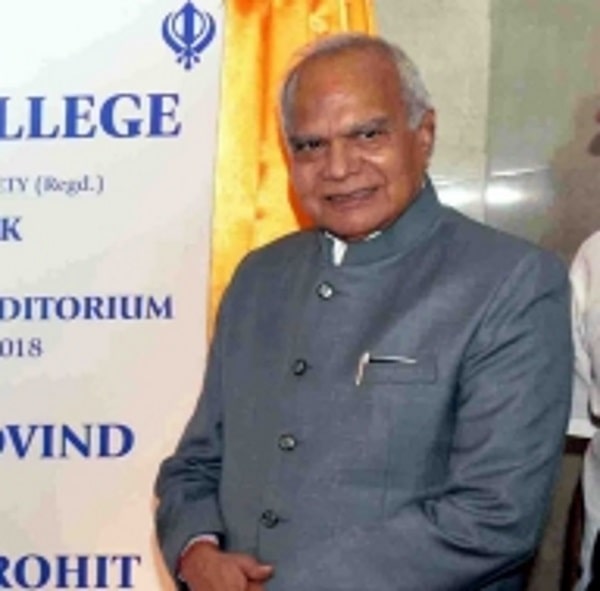 Chennai (IANS) The Tamil Nadu government will provide a cash gift of Rs 1,000 and a gift hamper to all ration card holders in the state to celebrate Pongal festival, said Tamil Nadu Governor Banwarilal Purohit here on Wednesday.

The state government will also restructure its transport corporations with the help of German agency KfW and has formulated a housing project for slum dwellers, said the Governor.

The government will release an industrial policy on aerospace and defense shortly to promote indigenous component in the two sectors, he said.

Delivering his customary address in the state Assembly, Purohit said: "I am happy to announce that this government will give a cash support of Rs 1,000 per family for the celebration of Pongal festival which will be applicable for the entire state, except Thiruvarur district where the Model Code of Conduct is in force following by-election to the Thiruvarur assembly constituency."

He said Pongal gift hampers containing raw rice, sugar, raisins, cashew nuts, cardamom, and sugarcane would be given to all cardholders in an effort to mitigate the impact of Gaja cyclone in Cauvery delta and the widespread drought in northern districts.

Purohit said the state government is embarking on a comprehensive restructuring programme for the transport corporations with the support of the German bilateral financing agency, KfW.

"This would involve replacing the aging fleet with fuel-efficient BS-VI buses and procurement of environment-friendly electric buses in metro cities such as Chennai, Coimbatore, and Madurai," he added.

According to him, the state government has formulated a comprehensive housing project called 'Tamil Nadu Housing and Habitat Development Project' to transform slums in Chennai, Thiruvallur and Kancheepuram districts with World Bank assistance.

"A similar project for areas other than Chennai Metropolitan Area has been proposed to the Asian Development Bank for assistance. The common building rules will also be notified shortly to enhance the ease of doing business in the housing sector," he said.

He said the Japan International Cooperation Agency has approved the funding for expanding Chennai Metro Rail project to the tune of Rs 20,196 crore for the priority stretches totaling 52 km from Madhavaram to Sholinganallur and Madhavaram to Chennai Mofussil Bus Terminus (CMBT).

He said the loan agreement for the first tranche of approximately Rs.4,770 crore was signed on 21st December 2018 and work will commence shortly.

According to him, the government will soon launch a scheme to extend financial support to NGOs for opening schools in interior tribal areas, catering substantially to tribal students as the literacy among tribals is significantly lower than the state average.

The state is a major automobile hub, thrust will be given for the promotion of new-generation electric vehicles with appropriate incentives, Purohit said.

According to him, the establishment of industrial hubs for defense products in Chennai-Vellore-Salem-Hosur-Coimbatore-Trichy corridor will definitely improve the prospects of Tamil Nadu as a major defense manufacturing hub.

Meanwhile, the DMK and Congress walked out of the House at the start of Purohit's speech.