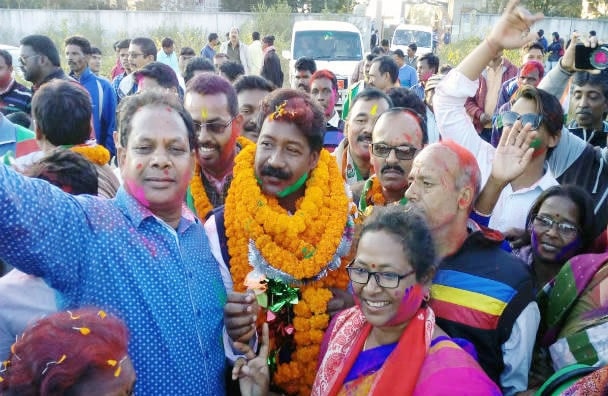 The sitting legislator Enos Ekka's wife Menon Ekka managed to get only 16,445 votes. The polling took place on December 20.

The seat fell vacant following conviction of former Minister Enos Ekka in the murder of a school teacher. There were five candidates in the fray.

The Congress candidate was ahead of his BJP rival from the first round, sources said.

"It's a victory of secular forces in the country. People of the country have started rejecting the BJP," said Alok Dubey, Congress general secretary.