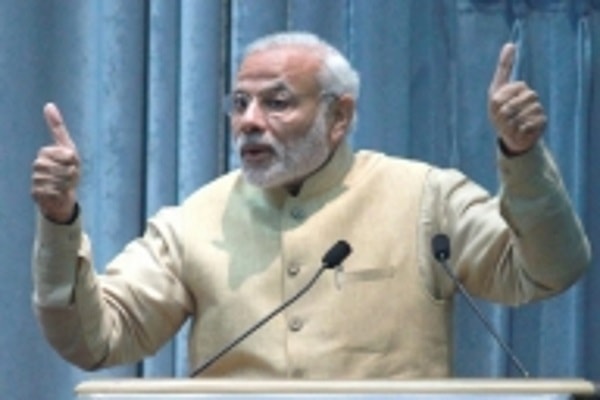 New Delhi, Aug 26 (IANS) Congratulating Indian players on their success at the Asian Games, Prime Minister Narendra Modi on Sunday said they have won medals even in those sports in which the country's performance was not "so good earlier".

"I wish to congratulate all players who have won medals for the country. I extend my best wishes to those players who are yet to compete," Modi said in the 47th edition of his monthly radio programme, "Mann Ki Baat".

"Indian players are performing exceedingly well in shooting and wrestling but our players are winning medals in those competitions too, in which our performance has not been so good earlier, like Wushu and Rowing," he said.

These are not just medals but an evidence of the sky-high spirits of the Indian players, he added.

Modi said there was a large number of woman players, besides the youngsters of 15-16 years of age, among those winning the medals for the country at the multi-sport event being held in Jakarta.

"This too is a very positive indication that most of the medal-winners hail from small towns and villages and these players have achieved this success by putting in sheer hard work," he said.

"We shall celebrate the National Sports Day on 29th August and I extend my best wishes to all sports lovers and also pay my tributes to the legendary hockey wizard Dhyanchand Ji," he added.

Previous Article26 Jharkhand farmers leave for Israel
Next Article We stand by Muslim women in quest for social justice: Modi
Must Read