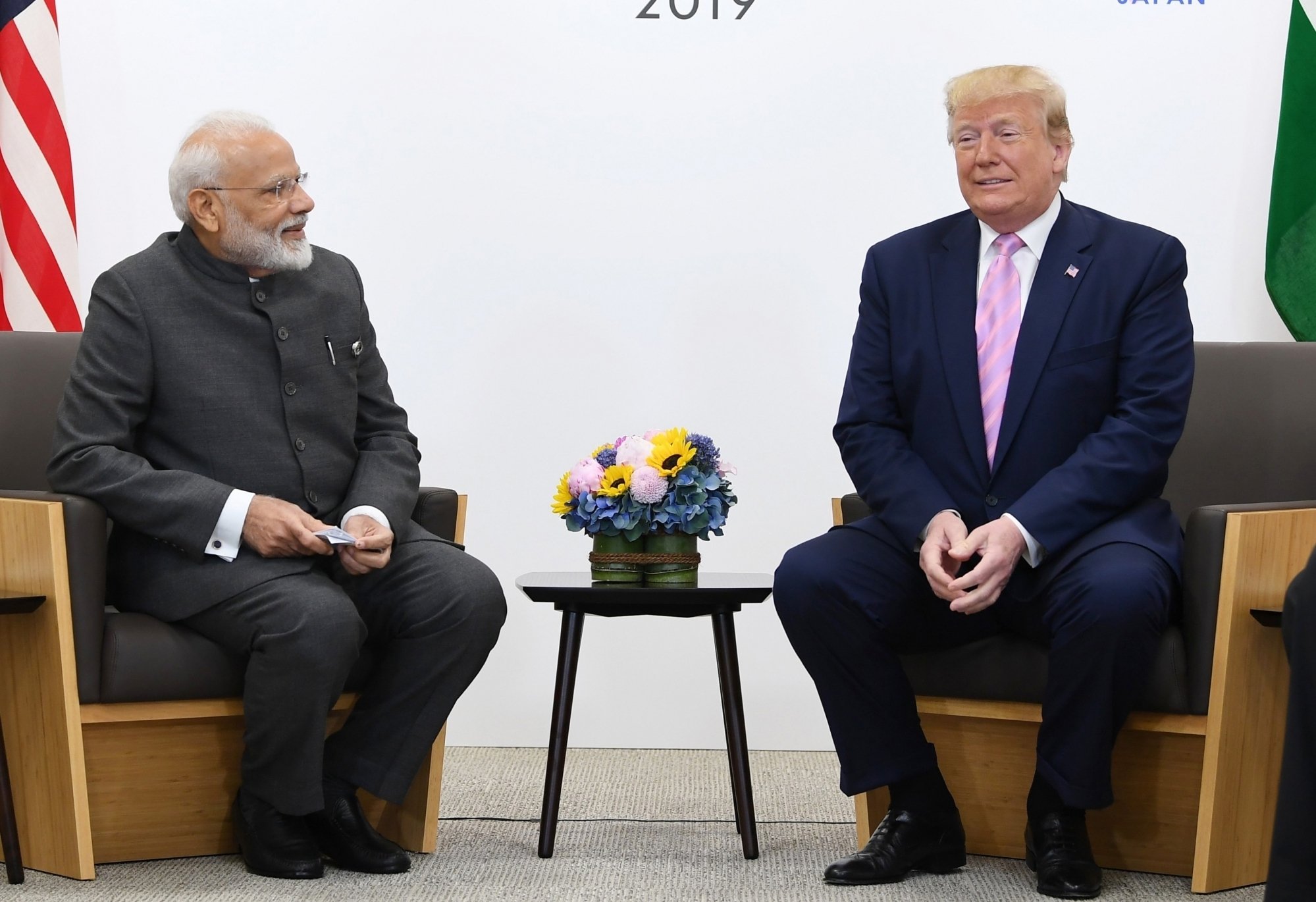 New Delhi/Washington/Islamabad (IANS) Prime Minister Narendra Modi spoke with US President Donald Trump over phone during which he conveyed that "extreme rhetoric and incitement to anti-India violence by certain leaders in the region was not conducive to peace", in an obvious reference to the Pakistani leadership spewing anti-India venom over the Kashmir issue.

Days after the UN Security Council backed India in its efforts to bring in development in Kashmir after revoking its special status, Modi held a 30-minute call with Trump on Monday.

While the MEA statement or the White House readout did not say which leader made the call, according to Radio Pakistan, the US President called up Modi and later spoke with Pakistan PM Imran Khan.

In his conversation with Trump, PM Modi, speaking in the context of the regional situation, said that the extreme rhetoric and incitement to anti-India violence by certain leaders in the region was not conducive to peace.

Pakistan Prime Minister Imran Khan has been regularly taking to Twitter to attack Modi, calling him a fascist and racist. Imran Khan has also been alleging that Modi is turning India into a Hindu supremacist country and that Muslims in India were being disenfranchised and "RSS goons were on the rampage".

PM Modi also highlighted the importance of creating an environment free from terror and violence and eschewing cross-border terrorism without exception, the MEA statement said.

Modi reiterated India's commitment to cooperate with anyone who followed this path, in fighting poverty, illiteracy, and disease.

According to a White House readout of the conversation, President Trump spoke with Prime Minister Modi to discuss regional developments and the US-India strategic partnership. He conveyed the importance of reducing tensions between India and Pakistan and maintaining peace in the region.

The two leaders further discussed how they will continue to strengthen US-India economic ties through increased trade, and they look forward to meeting again soon, the statement said.

Pakistan Foreign Minister Shah Mehmood Qureshi said US President Trump made a call to Imran Khan after his talk with Modi on the prevailing situation in Kashmir.

In a press briefing in Islamabad on Monday, Qureshi said that in response to Imran Khan's call on 16 August, Donald Trump made a call to Narendra Modi and expressed desire in lowering tensions between Pakistan and India.

Monday's developments come three days after Imran Khan dialled Trump to voice his concerns over India's "illegal" move in Kashmir, hours ahead of a UNSC closed-door discussion on Kashmir.

The talks between Trump and Modi come days after US Deputy Secretary of State John Sullivan held talks with Indian External Affairs Minister S. Jaishankar in New Delhi to take forward the "deep convergences" in the India-US strategic ties, with both sides focussing on a rules-based order in the Indo-Pacific, where China has increased its footprint.

The US has reaffirmed that there was no change in its Kashmir policy, that it is a bilateral issue between India and Pakistan.

The Modi-Trump phone call was marked by the warmth and cordiality which characterizes the relations between the two leaders, an MEA statement said.

The Prime Minister recalled their meeting in Japan's Osaka on the margins of G-20 summit in end-June earlier this year.

Referring to their bilateral discussions in Osaka, he expressed the hope that the Commerce Minister of India and the US Trade Representative would meet at an early date to discuss bilateral trade prospects for mutual benefit.

Recalling that Monday marked 100 years of the Independence of Afghanistan, he reiterated India's longstanding and unwavering commitment to working for a united, secure, democratic and truly independent Afghanistan, the statement said.

Modi also said that he appreciated remaining in regular touch with the US President.

The Modi-Trump conversation in Osaka on the sidelines of the G20 had been the subject of much speculation last month after Trump told visiting Pakistan PM Imran Khan on July 22 that PM Modi had asked him to mediate in the Kashmir issue. India had strongly denied the statement, while Pakistan had warmly welcomed it. The US immediately clarified Washington's stand on the Kashmir issue, that it was a bilateral issue between New Delhi and Islamabad.