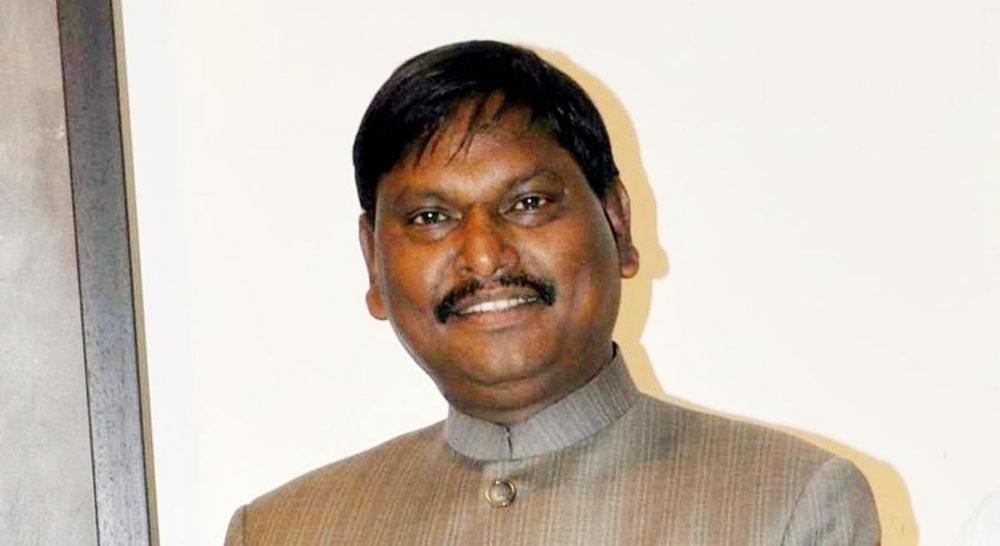 Hazaribagh: Union Minister for Tribal Affairs Arjun Munda said that the national education policy 2020 is very important for the students of the country. Speaking at the 23rd state-level convention of the Akhil Bhartiya Vidyarthi Parishad at Zila School Grounds here he said that regional languages are our strength and will continue to remain our contact language.

He said that every language should have its own dictionary and for this, the department concerned is also working. On the tribal department, he said that even his department was working over the national education policy and in the coming days there will be many programs.

He said that such a system is being developed so that neither the mother nor the children have any difficulties in studying reading and writing. The minister said that a country having a population of 135 crores is the biggest capital and strength of the nation.

He said that if the entire population works together with both hands then the country can become developed. He said that if the members of Akhil Bhartiya Vidyarthi Parishad are compared with the number of primary schools then their numbers will be equal in which there was a need to realize the strength of ABVP.

The Union Minister said that people need to take a pledge to make a society based on knowledge so that by the year 2047 the country can stand on its feet but in this what will be the step of ABVP there is a need to ponder upon.

He said that India is among the top 5 economies of the world and in the days to come it will be the third largest economy therefore there is a need to ponder upon how human capital can be made more effective.