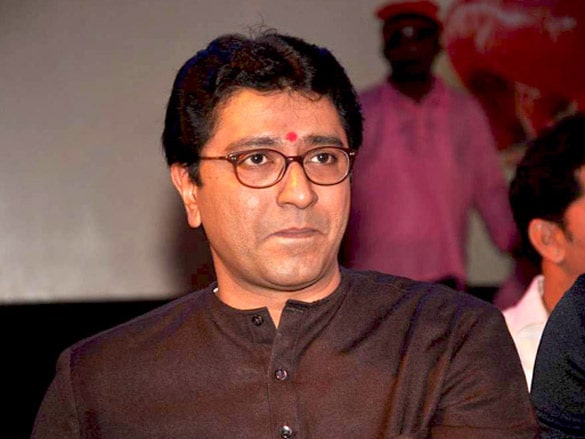 Mumbai (IANS) Over 100,000 activists led by the Maharashtra Navnirman Sena President Raj Thackeray, marched in a mega-procession to demand the ouster of Pakistani-Bangladeshi infiltrators living in the country, here on Sunday afternoon.

Accompanied by the MNS top brass, the Thackerays headed the procession from Girgaum Chowpatty as it wend its way to the historic Azad Maidan, around 4 kms away, where more enthusiastic crowds awaited Thackeray, who is expected to address a rally later.

Earlier, starting from his Shivaji Park home, Thackeray, wife Sharmila, their son and MNS leader Amit Thackeray, first stopped to perform an 'aarti' and avail 'darshan' of Lord Ganesha at the famed 220-year old Siddhivinayak Temple in Prabhadevi and a 'darshan' of his uncle and Shiv Sena founder the late Balasaheb Thackeray's memorial, before proceeding to Girgaum Chowpatty.

Thousands of MNS activists from all over Maharashtra have been trooping to Mumbai since Saturday night to join the procession, by public or chartered buses, private vehicles, trains and even motorcycles, braving the mild chill in the atmosphere.

The entire route from Girgaum Chowpatty to Azad Maidan resembled a sea of the MNS' new saffron-hued flag with the symbol of Chhatrapati Shivaji Maharaj's Royal Seal, and the marchers donning arm-bands of the party symbol, some sporting matching t-shirts and caps.

Marching peacefully and in an orderly fashion, many raised slogans demanding that the illegal migrants living in the country should be driven away as they are a drain on the country's economy, resources and jobs, besides posing threats to national security.

However, Raj Thackeray has made it clear that the morcha is not in support of the CAA-NRC-NPR which have created massive socio-political upheavals in the country over two months.

This is the MNS' first public show of strength after it donned a new 'avatar' on January 23, with a new flag, symbol, 'Hindutva' agenda and right-wing direction as it struggles for survival to create its own political space in Maharashtra politics, particularly after the recently changed state political scenario.

A couple of days ago, some posters were seen outside the Chief Minister's residence, Matoshri in Bandra seeking the eviction of illegal Pakistani-Bangladeshi residents.

Mumbai Police have made elaborate security arrangements by deploying over 600 personnel, besides specialized forces and other units on standby, and plainclothes personnel mingling with the crowds, to avert any untoward incidents.

The Traffic Police have implemented stringent regulations, diversions, closures of certain routes, no-parkings, restrictions at Nariman Point, Gateway of India, etc for the smooth movement of the procession.

At the MNS mega-convention on January 23, Raj Thackeray had announced the Febuary 9 procession, amidst speculation that the party was cosying up to the opposition Bharatiya Janata Party.

"We are not against any Indian Muslims. They are ours. There can be a debate on the CAA, but why should we permit those who have illegally entered the country and continue living here," he demanded.