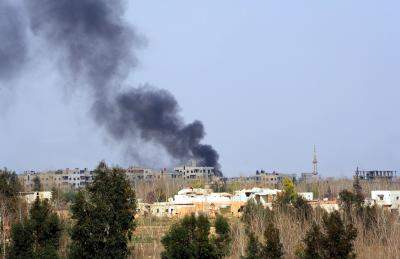 Mumbai (IANS) A major escalation in tensions between the US and Iran - the two biggest oil producing nations - following a US airstrike killing one of Iran's most powerful military commanders, General Qasem Soleimani, in an attack in Iraq sent global financial markets into a tailspin on Friday.

While the stock markets took a beating, gold, silver and oil prices zoomed.

Oil prices are already on the rise in India, which imports over 80 per cent of its requirements. Iraq is the largest crude supplier to India. The Iraqi Basra crude is regarded as one of the best in terms of quality and ideally suited for Indian refineries.

According to data sourced from the Directorate General of Commercial Intelligence and Statistics, Iraq sold 46.61 million tonne of crude oil to India during April 2018 and March 2019. India provisionally imported 207.3 million tonnes of crude oil in 2018-19, down from 220.4 million tonne in the previous financial year.

The Indian rupee lost 43 paise to the US dollar and closed at Rs 71.80. On the MCX, gold contracts for February rallied nearly 2 per cent to trade at Rs 39,993 per 10 grams, while silver also jumped over 1 per cent. COMEX gold rallied to hit a high of $1543.7 per ounce (oz), its highest level since September.

Commenting on the developments, Ravindra Rao of Kotak Securities said: "Crude oil prices might further move higher amid concerns about retaliatory moves by Iran. However, market reaction may subside if there is no retaliatory move by Iran or no major exchange of words between Tehran and Washington.".

Rao further said that West Texas crude is trading near resistance level at close to $64/ bbl.

"If the resistance holds, we expect a corrective dip in prices. On the contrary, if the price sustains above $64/bbl, the upside might extend to $65.50 per bbl," he said.

Fears of further escalation in West Asia have arisen as Iran has threatened retaliation. Iran's Foreign Minister Mohammad Javad Zarif said in a tweet that "The US' act of international terrorism, targeting & assassinating General Soleiman...is extremely dangerous & a foolish escalation.The US bears responsibility for all consequences of its rogue adventurism".

An analyst from brokerage firm Anand Rathi said: "Adding to the geo-political tensions, North Korea has given up hope on lifting of sanctions anytime soon as it looks to find a way to survive under crushing economic sanctions while building an even stronger nuclear power house".