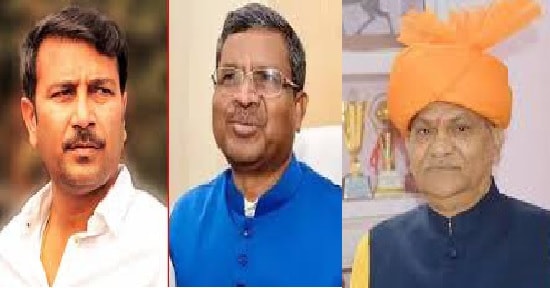 Ranchi: Campaigning on Tuesday came to an end for the elections on 17 seats of the state which will go into the polls in the third phase on December 12.

The seats were elections will be held in the third phase included Koderma, Barkatha, Barhi, Mandu, Hazaribagh, Simaria (SC), Barkagaon, Ramgarh, Dhanwar, Gomia, Berma, Ichagarh, Silli, Khijri (ST), Ranchi, Hatia and Kanke (SC). A total of 32 female candidates are among the 309 candidates who are contesting on these seats.

These 17 seats are spread across Ranchi, Hazaribagh, Chatra, Giridih, Bokaro, Koderma and Saraikela. Among these seats, voting will be held on five seats namely Ranchi, Hatia, Kanke, Ramgarh and Barkatha from 0700hrs to 1700hrs while in the remaining 12 seats voters will be able to vote between 0700hrs to 1500hrs.

Previous Article2 CRPF personnel in Jharkhand killed in fratricidal firing
Next Article Magh Mela 2020, in Prayagraj, to be eco-friendly
Must Read