JVM(P) to go alone on all 81 seats, commence deliberations on selection of candidates 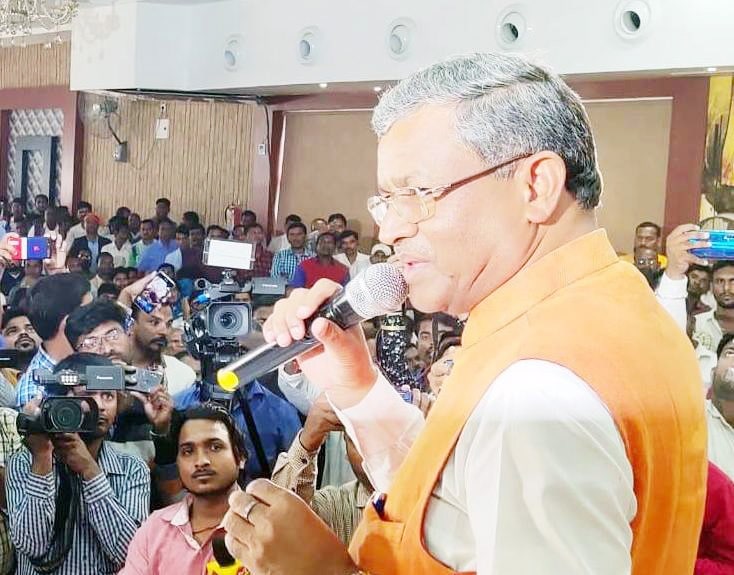 Ranchi: Former Chief Minister and JVM supremo Babulal Marandi has finally closed the chapter of mahagathbandhan in Jharkhand and said that his party would go alone on all the 81 seats of the state.

Chairing a party meeting to decide on the candidates for the upcoming elections he asked the leaders and workers of his party not to indulge in any kind of dispute and said that people are already aware of what this government has done and now they want a change.

He asked them not to fall in trap of unnecessary disputes and ask the people to vote for their party and tell them regarding his tenure of 28 months.

He said in the last 13 years he has travelled around each and every village and forest of the state and has realised the problems and pain of the people. He said that even Lord Ram had to go on a vanvas of 14 years similarly his party has been on a vanvas for about 13 years and now the future belongs to JVM.

He said that the the process of nomination would commence from 12 and effort would be made that in next one or two days candidates for the first and second phase of elections are declared so that they can go out in their respective areas and work.

He promised that he himself would be campaigning on all the 81 seats at least one and said that no matter who gets the ticket all should honestly work to ensure their victory.

The central team which has been formed to take a call on the candidates held separate meetings district wise and vidhansabha wise for the first and the second phase and the the names in the panel was sent to the central office bearers.

On Wednesday deliberations over the names of the candidates for the 3rd 4th and 5th phases will be held.

Previous ArticleChief Secretary holds meeting with department secretaries, directs them to monitor progress of ongoing schemes
Next Article Election Commission directs to keep eye on misuse of money and muscle power
Must Read