Animal friends who are transforming lives in Jharkhand villages 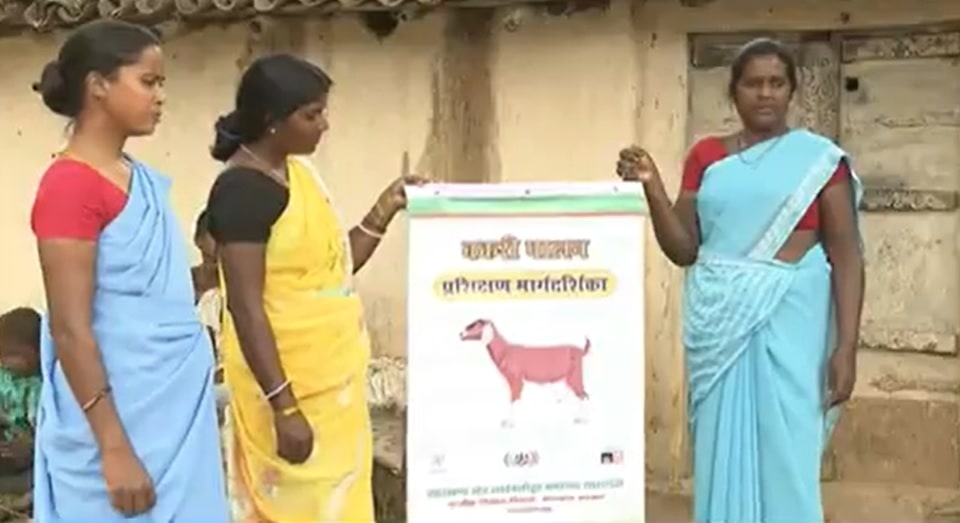 Ranchi (IANS) Fardeena Ekka charges just Rs 10 as her visiting fee. The medicine and injections cost extra. But for residents of east Singhbhumi's Manoharpur of the eastern Indian state of Jharkhand, Ekka's arrival in their village is a life-saver, for their animals and their own. And villagers fondly address her as "Doctor Didi".

But Ekka, who is from the local tribal community that constitutes over 26 per cent of the 27 million population of Jharkhand, is no doctor. She is a 'Pashu Sakhi' (an animal friend), who visits villages offering basic medical care to livestock (animals like goats, hens and cattle). She also vaccinates and sterlises the animals, and helps the villagers in preparing their feed and make arrangements for their fodder and water.

There are some 6,500 such Pashu Sakhis offering door-to-door medical care to livestock in Jharkhand villages since the past seven years. Under a scheme started in 2012, the Jharkhand State Livelihood Promotion Society provided veterinary training to women associated with self-help groups. Attending to at least 18-20 animals a day, now these Pashu Sakhis not only make a living for themselves, but also help save lives of animals in the villages.

So much so that the mortality rate of goats in Jharkhand has declined from 35 per cent then to 5 per cent now and the number of goats reared per family has increased from 5-7 to 15-20.

Mortality and morbidity of livestock due to lack of veterinarians is a big problem in Jharkhand, which has a huge tribal population majorly dependent on these animals for livelihood.

Last year on the 19th Statehood Day, Pashu Sakhi Balamdina Tirkey was among the 10 recipients of the Jharkhand Samman for her work and her efforts to train other women like her from other village in the state. Tirkey was also given a cheque of Rs 1 lakh. The honour suddenly brought into spotlight the significant work done by Tirkey and her community of Pashu Sakhis in the state.

Buoyed by their achievements, the state Rural Development Department is now imparting agriculture training to these Pashu Sakhis in a tie-up with the Agriculture Skill Council of India under the Johar (Jharkhand's Opportunities for Harnessing Rural Development) Scheme. The Johar Scheme has been launched by the state government to provide financial assistance to BPL families and people belonging to the backward classes.

Kumar Vikas, who is overseeing the skilling programme, says: "We have trained some 500 women in improving agricultural activities so far. Many of them, who were already working, travel on scooty to visit remote hamlets and have really helped bring a difference on the ground."