Ex-Jharkhand CM says he got death threat in letter 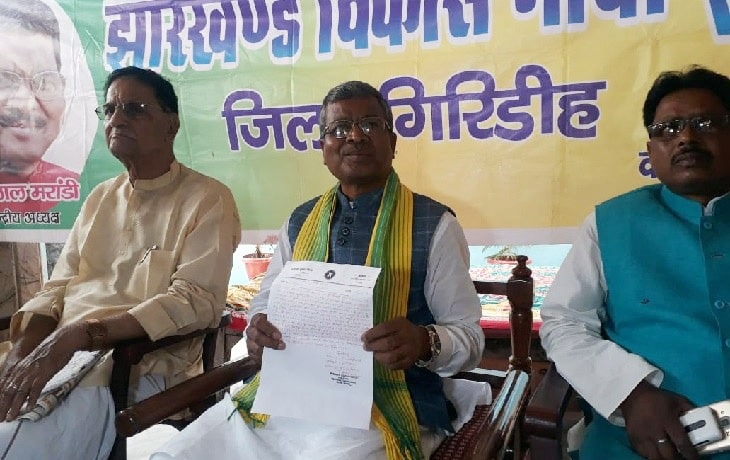 Ranchi (IANS) Former Jharkhand Chief Minister Babulal Marandi said on Tuesday that he received a death threat in a letter that asked him to stay away from the polls or he would be killed.

"I received the letter on Monday evening. It asked me to stay away from Jharkhand from April 23 to May 19. It says I will be bombed if I don't," Marandi told the media in Koderma district.

The letter was sent by a lawyer named Avinash Sinha.

"An agreement has been made between BJP president Amit Shah and Chief Minister Raghubar Das to win all 14 Lok Sabha seats. The CPI-M has been assigned the job to ensure a historical victory to the BJP alliance in the state," the letter said.

The letter has also demanded the withdrawal of the Jharkhand Vikas Morcha-Prajatantrik (JVM-P) candidate from the Lok Sabha polls slated to be held in the state in four phases: April 29, May 6, 12 and 19.

Marandi is the president of the JVM-P which has formed a grand alliance with the Jharkhand Mukti Morcha, Congress and Rashrtiya Janata Dal for the polls. The JVM-P is contesting on two seats.

Marandi is in the fray from the Koderma Lok Sabha seat.