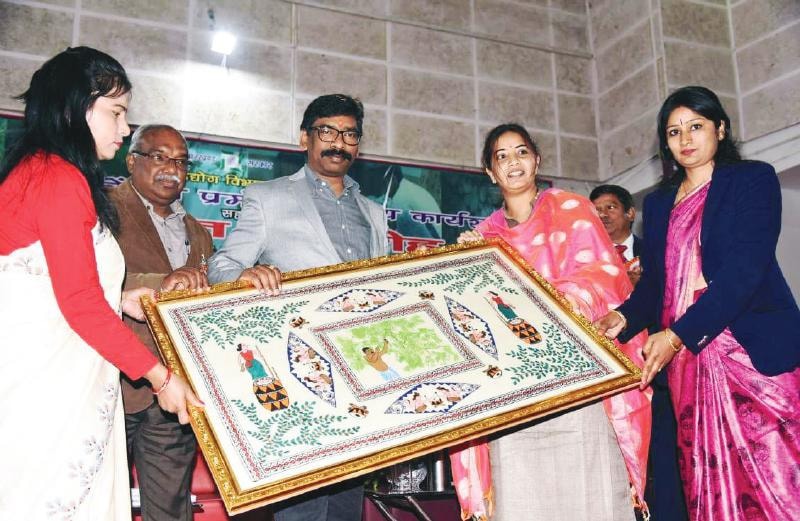 Hemant said that it is important that jobs reach to all the homes as than only the all-round development of the people will be possible. He said that maximum silk cultivation is done in Dumka and the area needed to maintain its identity.

He asked the department to prepare a better plan so that the income of people involved in the sector can increase and it also creates self-employment.

He asked the people involved in production of silk threads to further polish their skills so that their income can increase and also asked them to take advantage of the technology which has been provided to them by the state government.

He said that there was a need to link the products with the change in technology. He said that earlier silk threads were taken out with hand but with the use of technology within a few hours the work is being completed therefore it was important to get the latest technology in the sector.

The Chief Minister said that Khadi is also a reflection of the country and added that there was a huge demand for Khadi clothes and asked the people to better their produce so that demand can further increase.

He said that there was a need to get more people involved in silk production sector to bring a change in the lives of the people and assured that the government will take necessary steps to make the tussar production strong
in the state.

Hemant also laid the stress to conserve the facilities which have been given by nature and called for better management of the resources.

He pointed that earlier large number of cashew trees were found in the area however due to neglect these trees have been removed and cashew has become so costly that it has gone out of reach of most of the people.

Those who were also present on the occasion included Santhal Pargana commissioner Bhagwan Das, Dumka DC Rajeshwari B and SP YS Ramesh.

Previous ArticleWeather-man predicts rains in the state for next three days
Next Article TDS at 5% on foreign tour packages, remittances abroad
Must Read