Present model of development has damaged the relationship between tribals and nature: Hemant 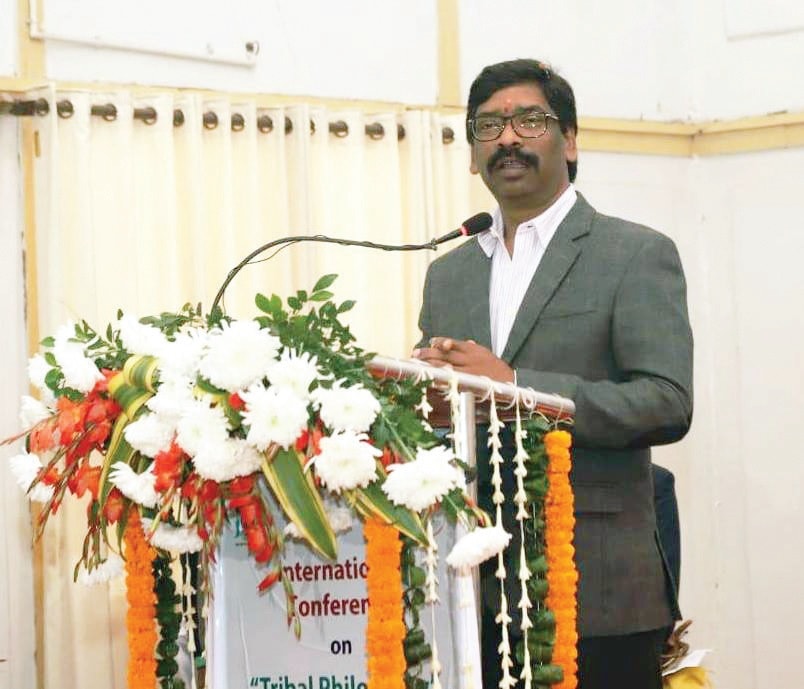 Ranchi: Jharkhand Chief Minister Hemant Hemant Soren said that the modern model of development has damaged the relationship between the tribals and nature as the hunger for global resources has mostly damaged the tribal identity.

Speaking at the inaugural session of the International Seminar on tribal philosophy he said that there are numerous countries in the world including Brasil, Australia and Malaysia who have made the tribals get away from their nature and traditions and these communities were forced to adopt the path of migration.

He said that the big question which arises today is whether the tribals are able to walk together with the present model of development which is being adopted in the entire country. He said that tribal philosophy was a big issue and Jharkhand was a tribal-dominated state.

He said that 5 percent of the world population amounting to 800 crore nearly 40 crore are tribals however even the 15 percent poverty among the world is among the tribals and what were its reason was a matter of probe. Pointing the examples of Malaysia and Brasil he said that in Malaysia the members of the tribal community use to make their living by catching fish an even use to travel long but they were exploited and even in Brasil the tribal community who use to cultivate sugarcane were exploited and forced to migrate.

The Chief Minister said that tribals are also among those who commit the most number of suicides. He said that in Jharkhand for mining the tribls were made to get away from their land water and forest and their lands were taken away. He said that the tribals in Jharkhand were cheated by the corporates and the community did not get the advantage of industrialisation as much as they should have got.

Adding further the Chief Minister said that the tribals always keep their traditions and cultures intact and claimed that even today the tribals make their dishes in utensils which were recovered from the excavation of Harappa and Mohanjodaro.

He said that it should be the responsibility of all not to destroy the natural beauty in name of development with the use of bricks, stone and concrete.