No decision of cabinet expansion despite end of Kharmas 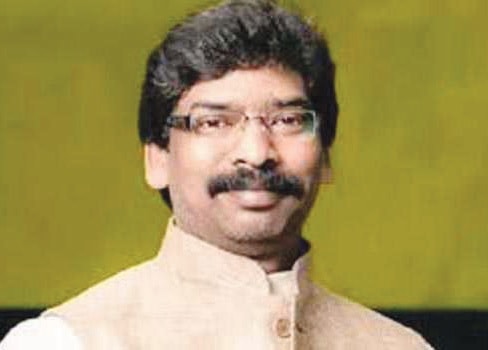 Ranchi: Despite the end of the period of Kharmas no clarity seems on the horizon as far as the expansion of Hemant cabinet is considered.

It is expected that for the next three-four days confusion would continue to prevail in the state as Chief Minister Hemant Soren who returned on Wednesday to Ranchi from New Delhi even failed to give any concrete picture.

Talking to the reporters at the airport he only said that he had held talks with the leaders of the Congress Party however things are coming out part by part and once the decision is made the media will be informed about the decision. He asked the media at the airport to allow somethings to remain among the parties.

As far as the Congress party is concerned AICC general Secretary KC Venugopal and incharge for party affairs in the state RPN Singh has already informed about the decision of the High Command but it is unlikely that the names will be revealed before January 17.

Congress president Sonia Gandhi has given time to the MLAs on Friday for the meeting and she would be also meeting those who would be made ministers from the party quota.

However, confusion is also in the ranks of the JMM as the party is still to decide who would be the final five cabinet ministers from its quota.

Congress sources on their part claimed that Mr Venugopal and RPN Singh have already conveyed to the Chief Minister the views of Ms Gandhi as per which among the three cabinet ministers one would also include a woman. The final names will be out only after the AICC president meets all the 16 MLAs of the party. JMM too is working to arrive on the names of final 5 who would be making the cut.

Previous ArticleUNSC to hold private talk on Kashmir; no outcome expected
Next Article China draws blank at UNSC consultation on Kashmir
Must Read