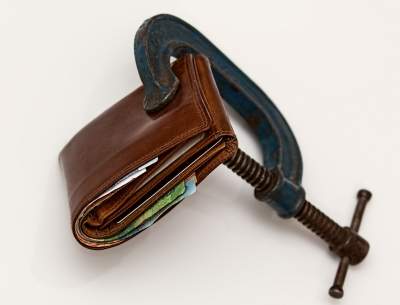 New Delhi (IANS) The government is considering a proposal to extend further incentives to salaried taxpayers in the upcoming budget. The Finance Ministry may allow individual taxpayers to pay a lower flat rate of tax if they forego all exemptions.

The new structure would be similar to tax rates proposed by Finance Minister Nirmala Sitharaman late last year where the base corporate tax rate was reduced to 22 per cent from 30 per cent for companies that agreed to forgo all exemptions and incentives. The tax was kept at even lower rate of 15 per cent for new manufacturing companies.

"After tax sops for corporates last year, the government is looking at ways to incentivise the individual taxpayers that form a major source of revenue for the Centre. While major changes in tax slabs could wait for some time, a scheme similar to the one implemented for the corporate sector is being examined for individuals too," said a source privy to discussions on the issue in the government.

The source said that though there is broad understanding on implementing a flat income tax rate for individuals, discussions is still going on its quantum and how it could fit a tax structure that has three to four different slabs.

Tax experts who did not want to be named on the issue told IANS that the government could look at a flat rate somewhere in between the 5 and 30 per cent income tax rates. The ideal would be around 15-18 per cent rate that would be lower than the peak rate of 30 per cent and the second rate of 20 per cent. Also, the new lower flat rate of tax may be applicable only for annual income of upto Rs 50 lakh.

Sources said that a higher flat rate is also being looked at for the super rich but discussions on this have remained inconclusive.

At present, an individual can save upto Rs 1.5 lakh per annum under Section 80C of the Income Tax Act by making investments in insurance plans and few other specified instruments including buying a pension plan run under the NPS. An additional self contribution (up to Rs 50,000) under section 80CCD (1B) is available as NPS tax benefit. In addition, there are deductions for contributing towards paying premium for health insurance and for paying installment for homes bought on loans.

While the flat rate of tax may be attractive to a certain category of taxpayers that want a higher share of their monthly earnings in hand, experts say the move could also dissuade people from increasing their contributions towards savings. India's household savings has dropped to 17.2 per cent level in 2017-18 from 23.6 per cent in 2011-12. Data for FY 19 is not available. Higher domestic savings is crucial to mobilise funds for investments in the economy.