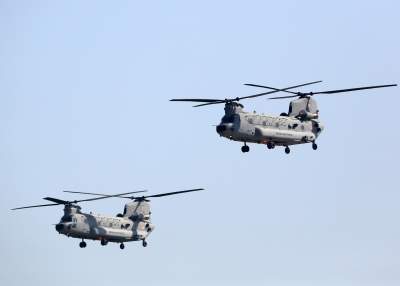 The force also said that the tableau will have model of Rafale fighter jets, which India is procuring from France. The tableau will showcase scaled down models of five systems namely recent addition to its inventory the Rafale aircraft, the indigenously developed Light Combat Aircraft and Light Combat Helicopter, Surface to Air Guided Weapon Aakash Missile system and the Astra Missiles.

In total, 41 Aircraft, 19 Helicopters, 16 fighters and 10 transport will do air display over Rajpath.

All aircraft will fly-in from the Rashtrapati Bhawan side and exit towards the India Gate at heights between 60 metres to 300 metres above ground level.

"The aircraft type include 16 fighters, 10 transport aircraft and 19 helicopters. The flypast will be conducted in two phases. Leading the Republic Day parade would be the 'Ensign' formation comprising four Mi-17 V5 helicopters in an inverted 'Y' formation, also referred to as the 'wineglass formation'," IAF Spokesperson Group Captain Anupam Banerjee told IANS.

They will fly past the dais, trooping the National flag and the ensigns of the three services.

They will be followed by 'Dhruv' formation, comprising four Advanced Light Helicopters of the Army Aviation. The second and the main phase will commence after the end of the surface parade.

This will be led by 'Rudra' formation of three ALH Mk IV WSI helicopters of IAF, flying in 'vic' formation.

"The five aircraft would be flying in "arrowhead" formation. Leading the fixed wing formations this year would be Dornier formation consisting of three Dornier aircraft in 'vic' formation. After this, the three C-130J Super Hercules ac will fly in 'vic' formation," said the Group Captain adding that it will be followed by the 'Eye in the Sky- Netra' formation, comprising a single AEW&C flanked by two Su-30MKI's.

"In this, the lead Su-30 would execute a vertical manoeuver on reaching in front of the dais while the flanking ac would split outwards forming a trident. The end of the parade will be marked by a single SU-30 MKI aircraft Flanker of the IAF, carrying out the signature 'vertical charlie' in front of the dais," he said.