India's S-400 purchase to be considered on case-by-case basis: US official 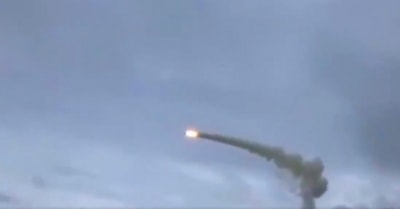 New York (IANS) Washington has expressed its wish to work with India to find a path forward where India's dependence on Russian defence supplies for historic reasons does not put New Delhi at risk of sanctions from the US, according to a senior State Department official who addressed the issue of the Triumf S-400 missile defence system purchase by India.

While there is no blanket waiver for New Delhi to avoid sanctions for buying the Russian-made S-400 system, its repercussions would be considered on a case-by-case basis within a range of options and Washington does not want to degrade India's defence capabilities, the official said at a media briefing on Wednesday.

Leaving the options open, the official said, "While there's not a blanket waiver, there's also not a blanket application. And so what I mean by that is there is a case-by-case analysis on where CAATSA (Countering America's Adversaries Through Sanctions Act) sanctions could be applied."

"CAATSA sanctions also can range in depth as to how deep-cutting and to the who, the entities and the people. And those options are always there," the official added.

While Indian officials are aware of the risk of sanctions, the US official said they "also know that we want to work with them to find a path forward where they have historic sustainment lines that certainly don't put them at CAATSA risk".

The official said that neither Congress nor the administration designed blanket waivers under CAATSA or anticipated anticipated them.

Denying media reports that India would get a blanket waiver, the official ascribed the reports to confusion over aceIndia's particular military status that was designated by Congress several years prior," which some misinterpret that as a protection from any sort of sanctions, the official said.

Congress pushed for India getting the status of major defence partner in the US defence budget bill of 2017 and the Asia Reassurance Act.

The official acknowledged that "India has expressed valid concerns of they don't want to have a sustainment line completely shut down that it degrades their defence posture."

"That's the last thing we want to do with a significant partner, or any partner; we don't want to degrade their defence capabilities," the official said.

Russia has been the main source of defence supplies for India for several decades and while it has been trying to diversify its purchases in recent years, it depends on Moscow to keep a substantial part of military equipment operating.

Because of this India would need waivers from CAATSA which threatens sanctions against a country buying more than $15 million in military equipment from Russia.

The official referred to the ongoing dispute between the US and its NATO partner Turkey, which is buying an S-400 missile defence system from Russia.

The US cancelled the sale of F-35 stealth combat jets saying that deployment of the S-400 alongside them would compromise US systems or expose their technologies to Russia.

The official said, "The challenge we have with any state like India is new acquisitions on significant systems that would either put at risk our platforms or expose our technologies to an adversary."

India has already paid Russia an advance of $800 million for the S-400 system estimated to cost about $5 billion.