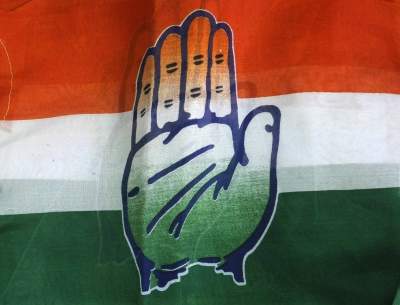 Bengaluru (IANS) The opposition Congress is facing rout again in Karnataka, as it is leading only in 2 of the 15 assembly segments where it contested in the December 5 by-elections in the southern state, a party official said on Monday.

"We are leading only in Shivajiagara in Bengaluru Central and in Hunasur in Mysuru district and trailing behind the BJP in dozen seats," Congress state unit spokesman Ravi Gowda told IANS here.

The ruling BJP and the Congress contested in all the 15 Assembly seats, while the regional party Janata Dal-Secular (JD-S) in only 12 seats.

"We have accepted defeat, as the people have accepted most of our defectors who joined the BJP and contested on its Lotus symbol from the seats they resigned and were later disqualified," Congress senior leader and party's trouble-shooter D.K. Shivakumar told reporters here.

This is the second time in this year the Congress is facing a humiliating defeat in the state after it won only one Lok Sabha seat (Bangalore Rural) in the April-May parliamentary elections, though it contested in 21 seats in a pre-poll alliance with its former allay JD-S, which also won only one of the 7 seats it contested.

Though the Congress was ousted out of power in the 2018 Assembly elections, it entered into a post-poll alliance with the JD-S to form a coalition government to keep the BJP out of power despite the latter winning in 105 of the 224 seats.

The JD-S, which was leading in two Assembly seats in the initial rounds of the vote count, was trailing behind the BJP and the Congress in the subsequent rounds in Krishnarajapete (K R Pete) and Hunasuru.

Sharat contested as an Independent after the BJP expelled him from the party for filing nomination against its official candidate Nagaraj who defected from the Congress, to retain it.

Nagaraj is the richest candidate in the by-elections as he declared a whopping Rs 1,230 crore assets in his nomination affidavit.