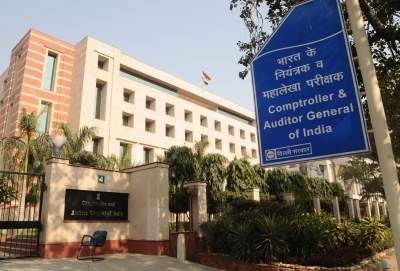 New Delhi (IANS) The Indian Railways' operating ratio at 98.44 per cent in 2017-18 was the worst in the last 10 years, the national auditor, Comptroller and Auditor General (CAG), said in a report tabled in Parliament on Monday.

A measure of expenditure against revenue, the operating ratio shows how efficiently the railway is operating and how healthy its finances are. An operating of 98.44 per cent means that the Railways spent Rs 98.44 to earn Rs 100.

The CAG said that the Railways would have ended up with a negative balance of Rs 5,676.29 crore instead of surplus of Rs 1,665.61 crore but for the advance received from NTPC and IRCON.

"Exclusion of this advance would otherwise have increased the operating ratio to 102.66 per cent," the auditor said.

Review of the impact of concessions allowed to passengers revealed that 89.7 per cent of the revenue foregone towards concessions was on account of concession to senior citizens and Privilege Pass/Privilege Ticket Orders (PTO) holders.

The CAG in its report said that the response to the 'Give Up' scheme from the senior citizen passengers was not encouraging.

"Several instances of misuse of passes and irregular grant of concessions on medical certificates were noticed. Passenger Reservation System lacks adequate validation controls to validate age of freedom fighters and to prevent irregular multiple booking on the same privilege pass," the CAG said.

The audit analysis of the finance accounts of Indian Railways revealed a declining trend of revenue surplus and the share of internal resources in capital expenditure. The net revenue surplus decreased by 66.10 per cent from Rs 4,913.00 crore in 2016-17 to Rs 1,665.61 crore in 2017-18.

The share of internal resources in total capital expenditure also decreased to 3.01 per cent in 2017-18.

"This had resulted in greater dependence on Gross Budgetary Support and Extra Budgetary Resources," the CAG said.

Previous ArticleModi govt does not understand pain of people: Rahul
Next Article Ruckus in LS over onion prices, remarks on PM, Nirmala
Must Read