Indonesian plane with 188 on board crashes off Jakarta 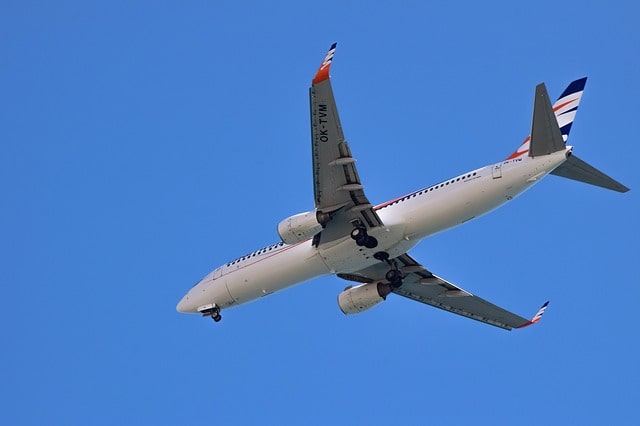 Jakarta (IANS): A Lion Air Boeing passenger plane carrying 188 people on board requested air control for return, minutes after taking off from here, before crashing into the sea on Monday. A rescue and search operation is underway, officials said.

"Several pieces of Lion Air JT 610 aircraft that crashed in the waters of Karawang (was found)," Head of the Indonesian National Board for Disaster Management Sutopo Purwo Nugroho tweeted.

The budget airline's aircraft was carrying 178 adult passengers, a child, two babies with two pilots and five flight attendants, Nugroho said, adding that the National Search and Rescue Agency, Basarnas, and the Ministry of Transportation were "handling" the situation.

"Some ships tug boats were on location," he added.

Flight JT-610, a Boeing 737 MAX 8 -- a brand new type of aircraft -- was on a scheduled flight to Pangkal Pinang, the main city in the Bangka Belitung Islands.

It lost contact with ground control a few minutes after take-off, and was last tracked crossing the sea, Yusuf Latif, a spokesman for the national search and rescue agency said confirming the crash.

The Lion Air flight took off from Jakarta's Soekarno-Hatta international airport at 6.20 a.m. After a short flight, it was due to arrive in Pangkal Pinang an hour later, the BBC said. But it lost contact at 6.33 a.m.

Nugroho tweeted images showing debris and personal belongings that came from the aircraft. Officials have also held a news conference to keep the kin of the victims informed about all measures being taken.

He also shared a video he said had been taken from a tugboat off Karawang, just east of Jakarta, which appeared to show debris floating in the water.

At 6.45 a.m. head of the national Search and Rescue Office M. Syaugi received a report from a tugboat, AS Jaya II, that the crew had seen the debris of a plane, The Jakarta Post reported.

"The plane had requested the air traffic control to return to base before disappearing from radar," Transport Ministry Bambang Ervan told Xinhua by phone.

They suspected it to be the Lion Air flight floating near Tanjung Bungin in Karawang in West Java. It was spotted in the waters at an average depth between 30 and 35 meters, said Syaugi.

"At 7.15 a.m. the tugboat reported it had approached the site and the crew saw the debris of a plane," Suyadi said. It was found about two nautical miles from Jakarta, Xinhua news agency reported.

Two other ships, a tanker and a cargo ship, near the location were approaching the site, Suyadi said, and a Basarnas rescue boat was also on its way.

A flight tracking website Flightradar24 said the aircraft had only been delivered to Lion Air in August, the BBC reported.

Aviation consultant Gerry Soejatman told the BBC the MAX 8 had been experiencing problems since it was introduced, including problems maintaining a level flight.

Indonesia, a vast archipelago, is heavily reliant on air travel, but many of its airlines have a poor safety record.