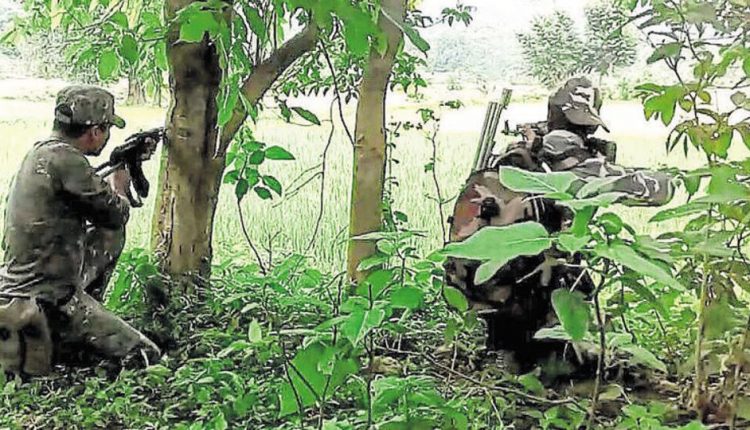 Ranchi (IANS) In a major attack ahead of the Jharakhand Assembly polls, Maoists ambushed a Police Control Room (PCR) van, killing an ASI and three other policemen at NH-22 near Rukaiya More at Chandwa in Latehar district of the state, police said.

The incident took place on Friday late evening when a police team was on-board a PCR van in the Chandwa police station area when the rebels ambushed them and opened indiscriminate fire, leading to a gun battle.

Police said that three jawans died on the spot, while another cop who had sustained bullet injuries died on the way to a hospital here.

The martyred policemen have been identified as ASI Sukra Oraon, constables Sikander Singh and Shambhu Prasad and driver Yamuna Prasad.

Jharkhand Director General of Police K.N. Chaubey has confirmed the martyrdom of the police personnel, and informed that additional police forces have been dispatched to the spot to take stock of the situation.

Jharakhand Assembly elections are scheduled to be held in five phases from November 30.
As per the notification of Election Commission, the date of polling for the first phase is November 30, while the second phase on December 7. The third, fourth and fifth phases of polling will take place on December 12, 16 and 19, respectively.

Counting of votes will take place on December 23