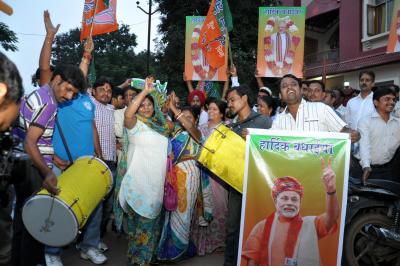 Ranchi (IANS) With voting for the first phase of elections for 13 Vidhan Sabha seats in Jharkhand to take place on November 30, all the political parties have put their full might to woo the voters.

In the first phase, many seats will see interesting fights as there are as many as 190 candidates are in the fray. Polling will be held in Chatra (SC), Gumla (ST), Bishunpur (ST), Lohardaga (ST), Manika (ST), Latehar (SC), Panki, Daltonganj, Bishrampur, Chhatarpur (SC), Hussainabad, Garhwa and Bhawanathpur seats in the first phase.

While the BJP is facing challenges from within as many rebel candidates are in the fray, it is also the anti-incumbency which is creating fear among its candidates. Adding to the woes, its ally AJSU broke ranks and is fighting separately in the election.

At least on 3 seats out of 13 going to the polls, rebel BJP candidates are in the fray. On 7 others, Congress-JMM-RJD alliance has put up strong candidates to beat the BJP. On 3 seats, there is a triangular fight, with AJSU also putting up candidates.

In the last Assembly elections, BJP had won 6 out of 13 seats going to polls in the first phase on November 30.

The BJP is facing a tough time in Chatra seat, where it fielded Janardan Paswan, who switched to the party from the RJD just ahead of polls.

Another interesting fight is on Hussainabad seat where the BJP is supporting an independent candidate Vinod Singh, who is engaged in a tough battle with Sanjay Singh of the grand alliance.

The clock is ticking and the battle lines are drawn. Only time will tell whether Chief Minister Raghubar Das will get the blessings of the voters and win a second term in office.