BJP, AIMIM hit back at Mamata for 'minority extremism' jibe 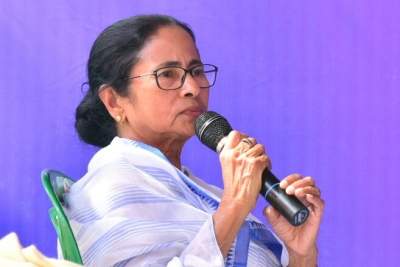 Kolkata (IANS) A day after West Bengal Chief Minister Mamata Banerjee warned the people against "minority extremism", the AIMIM on Tuesday gave a sharp rebuttal saying the Muslims in her state have one of the worst human development indicators.

The state BJP, on the other hand, dismissed her new-found rhetoric as a desperate bid to regain the votes of the majority society which had turned its back on her.

Bringing about an apparent change in her rhetoric against the Bharatiya Janata Party (BJP), Banerjee on Monday spoke out against "minority extremism" during a Trinamool workers' meeting in Cooch Behar in North Bengal.

Without taking the name of the Asaduddin Owaisi-led All India Majlis-e-Ittehadul Muslimeen (AIMIM), which has been trying to make inroads in the eastern states including Bengal, Banerjee said, "I find there are some extremists among the minorities. There is a political party not from here, but from Hyderabad, which is telling that it will offer protection to minorities. Don't make such a mistake."

In response, Owaisi took to Twitter, saying: "It's not religious extremism to say that Bengal's Muslims have one of the worst human development indicators of any minority."

"If Didi is worried about a bunch of us "from Hyderabad" then she should tell us how BJP won 18/42 LS seats from Bengal," Owaisi posted on his Twitter handle.

"She should have said this earlier. But now things have spiralled out of her control. Minority extremism in Bengal is not a new development.

"But it is common knowledge that whatever Mamata Banerjee does or says, her sole aim is to grab votes. She is not bothered about the nation's interest. The majority society has now turned away from her. She is trying hard to regain their support," Bandopadhyay told IANS.

He said if the Trinamool Congress supremo "is at all honest in her worries" about minority extremism, then "why doesn't she drive out the Rohingya Muslims, who are nothing but extremists."

"On the contrary, she has been pampering them with the tax payers' money," he said.

The Trinamool had failed to open its account in north Bengal in the 2019 Lok Sabha polls, with the BJP grabbing seven of the eight seats in the region. One seat went to the Congress.