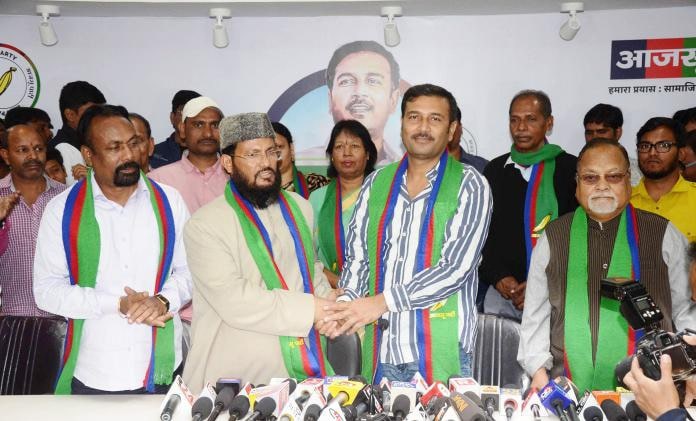 Ranchi: After reports emerged that a compromise had been reached between warring allies AJSU and BJP over seat-sharing in the state as part of which the regional party will get to contest 10 seats while on three others there would be a friendly fight AJSU supremo Sudesh Mahto claimed that he had not received any such proposals.

Talking to reporters after former JMM from Pakur Akeel Akhtar joined the AJSU along with his supporters he said that his party was making preparations for the first, second and third phase.

He said that whatever proposal the party has given is with the BJP leadership. “I have no information regarding an alliance or friendly fight as no such information has reached us,” he said adding that in case any official information is received than he would share
the same with the media.

Mr Mahto said that in the next one or two days the party will declare its manifesto. The AJSU and BJP have both declared their list of candidates according to which the allies have fielded candidates against each other in Sindri, Chakardharpur , Mandu, Lohardaga and Simaria.

Talks between the two parties has failed to reach any conclusion as AJSU was adamant on 17 seats including those of Lohardaga and Chandankiyari whereas the BJP was no willing to concede more than a dozen seats.