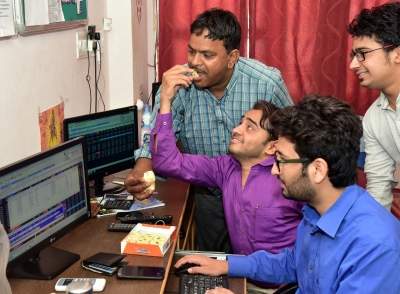 The Sensex peaked at 40,329 after the US Federal Reserve slashed it interest rates for the third time this year.

This comes after the Indian government took several concrete steps to comb at a sharp slowdown in the Indian economic activity recently.

Besides, global cues have also been favourable for the past few weeks. Glo bal markets are bullish on US-China trade talks and the Brexit issue.

The Federal Reserve on Wednesday cut interest rates for the third time this year in a move to ensure the US economy weathers a global trade war without slipping into a recession.

However, it has signaled its rate-cut cycle might be at a pause.

It must also be stated that the Sensex plunged after it peaked on July 4 in anticipation of a corporate friendly Union Budget.