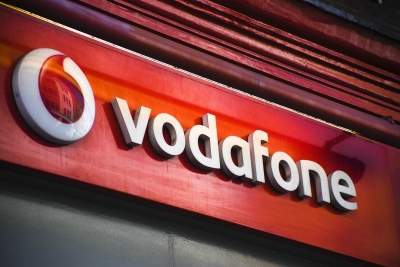 New Delhi (IANS) The telecom regulatory world is abuzz with feverish talk that the imperilled telecom operator, Vodafone, is ready to exit its India operations.

An email questionnaire was sent by IANS to a Vodafone-Idea spokesperson in India. IANS, in turn was asked to direct the queries to Ben Padovan, Group Head of Corporate Communications, Vodafone Group Plc.

Vodafone group did not respond to queries for two days till the time of printing.

There is a buzz in telecom circles that Vodafone is ready to "pack up and leave any day now" as operating losses mount in the joint venture company, Vodafone-Idea, loss of lakhs of subscribers every month and a dwindling market capitalization which is hurting any fresh fund raising.

On Wednesday, Vodafone-Idea issued a clarification on the claim that Vodafone Idea has approached its lenders for debt recast.

"There has been reportage in some media alleging that Vodafone Idea has approached its lenders for debt recast. We categorically deny and dismiss this as baseless and factually incorrect. We have not made any request for debt recast to any lender or asked for reworking of payment terms. We continue to pay all our debts as and when these fall due," the company said.

The material event for the company has been the recent Supreme Court judgement on AGR under which Vodafone Idea will have to pay around Rs 28,309 crore in three months time.

Following the sharp fall in shares, Vodafone-Idea has clarified to stock exchanges on October 25 and again on Tuesday, this week, that "SC judgement represents a significant event with respect for the company (sic)".

"We cannot presently comment on the correctness and completeness of the aforesaid figures. The company is studying the judgement and we will evaluate our next steps," it said.

"The Judgement has financial implications, which we are reviewing. We will engage with the DoT in order for it to consider granting relief, including a waiver on interest and penalties."

Following the verdict, Vodafone-Idea stock hit a 52-week low of Rs 3.66 and trades at Rs 3.86 on Wednesday morning. Its market capitalization is a measly Rs 11,091 crore, while the investments have been several billions of dollars.

In a media statement on the AGR verdict, the company said, "Vodafone Idea is extremely disappointed by the Hon'ble Supreme Court judgment on the Adjusted Gross Revenue (AGR) case".

"We will study the ruling as soon as it is available, along with our legal advisers, to determine next steps. If there are technical or procedural grounds for doing so, this could include a Review Application," the company said.

"Clearly this judgment has significantly damaging implications for India's telecom industry, which is already reeling under huge financial stress and is left with only four operators.

"Significant investment of several billion dollars has been made in creating world class networks. Today's order has huge impact on two private operators while most of the other impacted operators have exited the sector. We urgently request that the government engage on this matter in order to find ways to mitigate the financial stress for the industry", the company said.

In another setback, Vodafone-Idea announced last week that in regard to the merger of Indus Towers, in which it holds 11.15 per cent equity, with Bharti Infratel, it has not been possible to meet the conditions, including DoT approval under the FDI regulations before the target date of October 24.

The parties have entered into an agreement to extend the date by two months to December 24.

Vodafone Idea will receive a lower cash payment based on the fall in the share price of Bharti Infratel, movements in net debt at Bharti lnfratel and Indus.