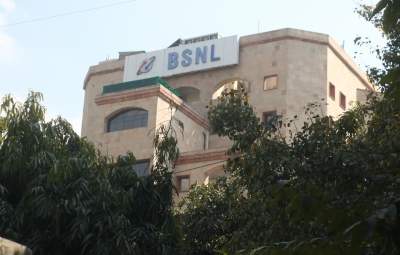 New Delhi (IANS) The DoT will send a proposal to the cabinet for a revival plan worth Rs 74,000 crore for the ailing state-run telecom firms - BSNL and MTNL - where Rs 22,000 crore would be in the way of capital infusion for acquiring 4G spectrum, and for a voluntary retirement scheme (VRS), part of the expenditure for which will be borne both companies.

The Department of Telecom (DoT) move comes following the appointment of a high-level committee to look into the revival of MTNL and BSNL, an official source said on Tuesday

"The Telecom Ministry's decision to send the revival proposals of BSNL and MTNL will go to the cabinet this month along with opinions given by all ministries, including the Finance Ministry. It will also contain the response of the nodal ministry to the queries, responses and comments given by several other ministries," the source said.

"The cabinet had earlier asked DoT to relook and respond to the issues raised by Finance Ministry, now we have done that. We will send the proposal when the Cabinet Secretariat places it on its agenda, it's their call.

Queried on objections of the Finance Ministry to any capital infusion in the telecom firms owing to their continuous losses over the last 10 years, the sources said that as per the procedure for cabinet notes, the draft is circulated for the opinion of other ministries and the nodal ministry responds to these. All the minutes are then placed before the cabinet for a collective decision.

BSNL, which is yet to pay employee salaries, has a monthly bill of Rs 850 crore on this count, and has a staff 1.76 lakh on its rolls.

On Monday, the BSNL Chairman said the revival package would be out in a month. While the company generates monthly revenues of Rs 1,600 crore, a major chunk of this is used for operational and statutory payments, which has caused the delay in paying salaries.

Earlier, a group of ministers headed by Home Minister Amit Shah had approved the revival plan proposed by the DoT for both the companies.