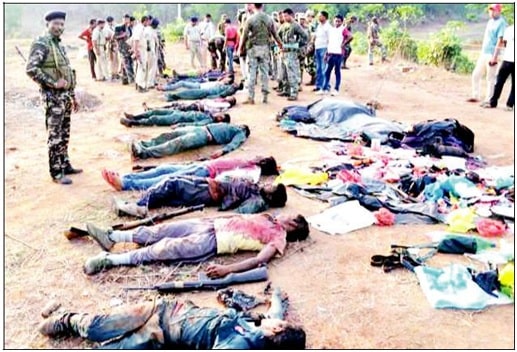 Ranchi (IANS): The Jharkhand High Court on Monday ordered a CBI inquiry into an alleged fake encounter in 2015 in Palamu, in which security forces killed 12 people after branding them as Maoists.

Justice R.A. Mukhkhopadhaya ordered the probe on a petition seeking an inquiry by the Central Bureau of Investigation into the incident. The court observed that the investigation was not going in the right direction, petitioner lawyer Jawahar Yadav said.

The case was being probed by the state Criminal Investigation Department, which gave a clean chit to the police officials involved just before the High Court was to hear the case on Monday.

Police had claimed that 12 Maoists were killed in a gunbattle at Bakoria in Palamu district on June 8, 2015.

Those killed included a temporary teacher and a 10-year-old boy. The family members of the victims had termed the encounter as fake. They alleged that innocent people were branded as Maoists.

Jawahar Yadav had filed a case in the Jharkhand High Court seeking a CBI probe into the matter.

The role of at least three IPS officers, besides their subordinates, had come under scrutiny.