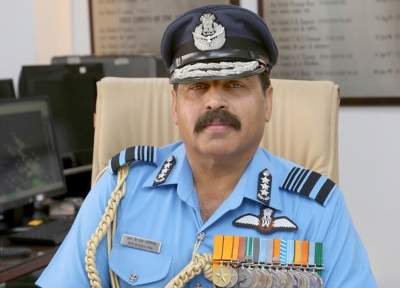 New Delhi (IANS) Soon after taking over as the new Air Chief Marshal of the Indian Air Force (IAF), R.K.S. Bhadauria said here on Monday that India is ready to deal with any kind of external threat.

Asked if India was ready to deliver another blow to terror launch pads in Pakistan like the Balakot air strike earlier this year, Bhadauria told a private news channel: "We were prepared at that point of time. We are ever more prepared now. We are fully capable of meeting any challenge, any requirement and any mission."

"My first priority will be to increase the operational capability of the IAF. The process of modernisation of the air force, which is underway, must progress. There are budget constraints. We need to economise keeping in view the budget constraints. We need to focus on indigenous capabilities and technologies. We will focus on indigenisation for more support to our current fleet," he said.

Bhadauria had played a key role on behalf of India in the inter-governmental negotiations with France before signing the deal for acquiring 36 Rafale combat jets in flyaway condition from French aviation major Dassault.

On being asked about Pakistan Prime Minister Imran Khan's veiled threats of nuclear warfare with India, Bhadauria reiterated that India is ready to face any kind of challenge.

"That is their understanding of nuclear aspects. We have our own understanding, our own analysis. We will be ready to face any challenge," he said.

Previous ArticleMinister for degree/diploma courses in skill development
Next Article Will continue to raise Kashmir issue on world stage: Erdogan
Must Read