BJP going to polls based on development work: Modi 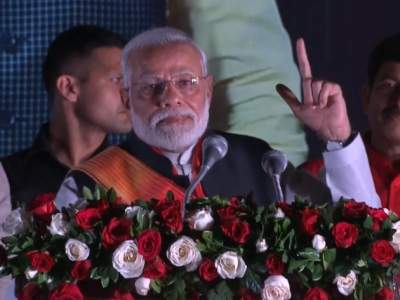 New Delhi (IANS) Prime Minister Narendra Modi on Sunday said the BJP is going for polls in Haryana and Maharashtra based on the party's development work and the "double engine" of having the party ruling both the Centre and states.

In a late night tweet, the PM said: "Joined extensive Central Election Committee meetings for elections in Haryana and Maharashtra. We are going to polls in these states based on our development work and double engine of the Centre and State Governments, led by popular as well as industrious Chief Ministers."

Earlier, the Central Election Committee of the BJP held a meeting on Sunday to finalise its candidates for the assembly elections in Haryana and Maharashtra.

The meeting was held a day after the PM returned to Delhi on Saturday night from his successful US trip, where he addressed the UN General Assembly and the "Howdy Modi!" event at Houston.

Both Maharashtra and Haryana are going to polls on October 21. The last day for filing of nomination is October 4.