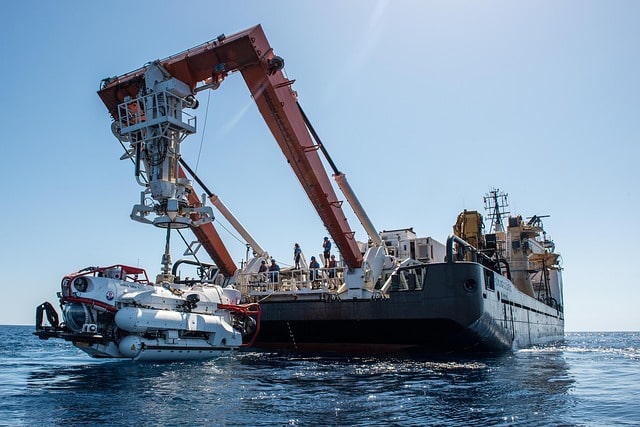 New Delhi (IANS): The Western Naval Command has successfully concluded the maiden trials of the Deep Submergence Rescue Vehicle (DSRV) that can rescue stranded personnel from a disabled submarine, the Navy said on Wednesday.

The DSRV, which is operated by a crew of three, can rescue 14 personnel from a disabled submarine at one time.

"These sea trials have proven the newly inducted DSRV's ability to undertake rescue operations from disabled submarines at sea and has provided the Indian Navy with a critical capability," the Navy said.

During the trials the DSRV also dived successfully up to 666 meters. This is a record for deepest submergence by a manned vessel in Indian waters.

The ongoing trials will also include air transportation of the system by the IAF's heavy-lift transport aircraft.

"The completion of the trials will put the Indian Navy into a small league of world navies that have integral submarine rescue capability," it said.