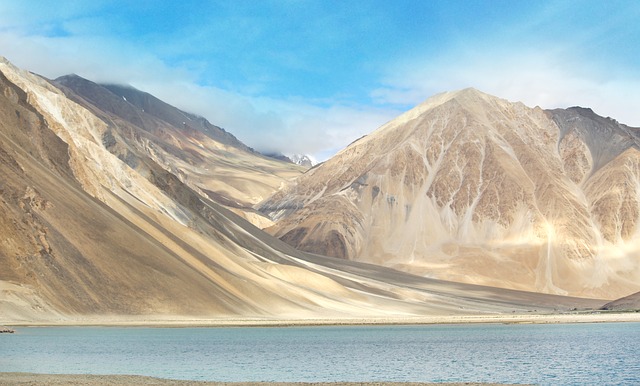 Vladivostok (Russia) (IANS) Exploring business opportunities in India, Russian investors have shown interest in the solar power programme in Ladakh, which was recently made a Union Territory and has huge potential in this sector.

The interest has been conveyed to Invest India, the National Investment Promotion and Facilitation Agency, which helps investors looking for opportunities and options in India.

Invest India had set up a pavilion here at the venue of 5th Eastern Economic Forum (EEF), which was attended by Prime Minister Narendra Modi on Thursday as the Chief Guest.

The role of the officials of Invest India was to provide information on the business opportunities in India and guidance on how to go about it. The officials informed the potential investors about the taxation and other relevant policies prevalent in India.

"We are here to showcase how 'ease of doing business' in India has improved, how policies have been changed. (The government of) India has carried out more than 14,000 policy reviews in the last six years. This is to help the Foreign Direct Investment (FDI)," Madhumita Ramanathan, Vice President of Invest India, told IANS at the pavilion.

"We are showcasing opportunities to the investors. India is no. 1 destination in Greenfield areas for Foreign Direct Investment. We are a booming and the second largest start-up economy system in the world," she added.

Noting that India is the largest and most open economy in the world at present, she said: "We are here to educate Russians about it and attract more investments. We display opportunities for Russian investors in India across all sectors."

Invest India has been setting up the pavilion at the EEF, which is an annual affair for the last five years.

"We are attracting more venture capitalists and angel investors in start-ups in India. Interestingly, there are Russian investors who, by investing in Flipkart and Ola, have become billionaires," Ramanathan said.

"In the last three years, we got 47 business requests. Initially, it was G2G (government-to-government), but now it is turning to more of FDI from Russia to India," she said.

"We see a lot of Russian businessmen interested in start-ups in India," she said, adding Invest India has a dedicated five-member desk in Delhi to help investors from Russia in start-ups, "where we handhold them from beginning till issue-resolution".

She said the sectors in which Russians have shown interest are mostly energy, oil and gas, and now renewable energy. They are also interested in food processing, automobile (manufacture of small machinery) and capital goods.

She said Indian companies like Sun Group and Tata Power had already been there and the Russians were looking for more synergy to explore partnerships in the sector.

Renewable energy is a sector on which the Modi government has laid major emphasis and set a target of generating 175 giga watt of such power by 2022.

Turning to infrastructure sector, Ramanathan said: "We see a lot of scope in it. Russians have expertise in that."

She said she saw a lot of possibility in ports and shipping as well. "Also there are good possibilities of investment in railways. We have seen business requests and interest from Russians in railways as well."

The Invest India Vice President said the Russian Far East also had great expertise in fisheries. "There is a lot of fisheries activity, particularly in the Far East. We, in India, have a very large coastline of about 7,000 kms. We are looking for synergies between India and Russia in the fisheries space. A lot of export and trade can happen in this sector. We are looking forward to that."

She said Russians also have expertise in cold chain logistics and India was looking at developing that as well. "We are looking at investments in that as well," she said.