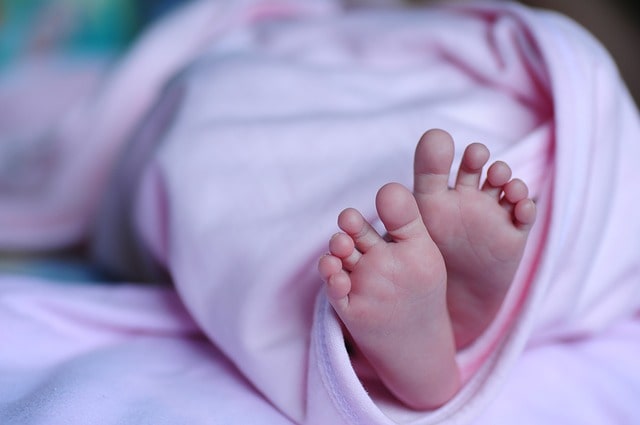 New Delhi (IANS) Close on the heels of a mob frenzy over bovine love that saw many lives lost due to lynching by cow vigilantes, a new trend has emerged across states over the last few months, where mass hysteria is created over rumours of child abduction.

Uttar Pradesh, West Bengal and Bihar have all reported incidents of varying degrees and numbers, where the hapless victims have ranged from telecom engineers to even policemen in plain clothes, besides of course the nameless-faceless poor man searching for food from among the scraps.

Such incidents were first reported last year from the Telugu states, where various WhatsApp groups triggered these rumours, leading to violence.

Any person lurking in the neighbourhood or vicinity in the dark is attacked by these mob fed on the social media by various groups.

Uttar Pradesh alone reported over 20 such incidents in the past 72 hours.

A man was killed after being thrashed brutally by a mob on August 27 in Sambhal district. The mob claimed that the man was a child lifter. According to reports, two brothers had gone to see a doctor for the treatment of their nephew when a mob caught hold of them and started beating them on suspicion of child lifting. Both were dragged to a field where they were ruthlessly beaten.

On getting the information, the police rushed to the spot and rescued both the brothers, one of whom was declared dead on arrival at the hospital. Five persons were arrested for assaulting the duo.

Four more incidents came to light in Shamli, Bulandshahr and Hapur on the same day. Five women were thrashed by a mob while they were selling ropes suspecting them to be child-lifters in Shamli district. They were rescued by the police.

Similarly, in Bulandshahr, a mentally challenged man was beaten up by the mob on the same suspicion of child lifting. In Hapur, a woman had to face the mob's wrath after being mistaken for a child lifter.

In Bareilly, on August 26, a mentally retarded man was punched, kicked and slapped for over an hour just because he had snatched a Rs 10 note from the hands of a child in the market place as he was hungry for days.

Even the police who tried to intervene were also beaten up and chased away by the angry mob. Additional forces had to be called in to control the situation and the victim has been hospitalized.

Earlier in Lakhimpur Kheri last week, three policemen of Haryana Police, in plain clothes, were suddenly surrounded by a mob as they were mistaken as the child-lifters. They were later rescued by the local police.

In a similar incident on August 27 in Bareilly, a Delhi Police team also almost got lynched by a mob, while they were investigating a case. The police team in plain clothes managed to escape only after a call was made to the Control Room.

On August 29, a techie working in a telecom company was beaten up and his car damaged when he went to check a mobile tower in Lalganj in Rae Bareli around midnight on Wednesday.

Not all indidents might be rumours as two men were attacked in Amritpur Purena village in Bahraich district on Wednesday had actually picked three-year-old Rehmat Ali, but villagers woke up as dogs started barking.

The villagers said that two unidentified bike-borne men. The mob surrounded and thrashed the two but they managed to flee after hitting the child with a knife.

Bahraich SP, Gaurav Grover, said, "A police team was rushed after a UP100 call. The injured child was taken to hospital. However, no written complaint has been received so far, but I have asked the SHO to conduct a probe."

In a bid to contain such incidents and spread of rumours leading to the mob lynching, the Yogi Adityanath government has instructed all district police chiefs to slap National Security Act (NSA) against those who are found inciting mob or spreading rumours on social media.

In West Bengal, most of the cases were reported from the tea estate areas. A series of lynchings and mob attacks over child lifting suspicions plauged especially the north Bengal district of Alipurduar. Though in most of the cases the allegations were found to be baseless as no cases of child kidnapping were reported to the police.

On July 13, a woman accompanying two children was thrashed by the locals in Alipurduar district's Majher Dabri tea estate on suspicion of child lifting. The incident was followed by a violent clash between police and the locals when the officers tried to rescue the victim.

On July 21, two persons, a man and a woman, were beaten up by local residents on suspicion of being child-lifters in separate incidents in Alipurduar district.

A day later on July 22, a transgender person was lynched over the same suspicion at Nagrakata in Jalpaiguri district. According to local sources, rumours of a child lifter being present in the area had been doing the rounds in Sukhani village where the incident occurred.

On July 23, a deaf and mute woman was beaten up in Jalpaiguri district's Malbazar on suspicion of being a 'child lifter'. Two police officers were injured while trying to rescue the woman. Six persons were arrested in the incident.

On July 29, another man was lynched by a mob over child-lifting suspicion again in Alipurduar district's Tasati tea garden. Police arrested 17 people in that case.

On August 1, a middle-aged man was beaten up by local people in Jalpaiguri district's Jaipur tea garden over the suspicion of being a child-lifter. He was admitted to a local hospital.

In Patna, two Sikh men on August 5, were badly beaten up by a mob on suspicion of being child lifters, before they were rescued by police. Patna city Superintendent of Police Vinay Kumar Tiwary said the two -- Rikki Singh and Prince Singh -- were visiting the city when a mob caught them following a rumour of child lifters roaming in Gandhi Nagar Gali under Dighha police station.

According to a local police officials, both men were attacked and beaten up by the mob which also tore off their clothes. "But police rescued both of them and admitted them to the government-run PMCH here. Both are out of danger now," Tiwary said. Police lodged a case and are trying to identify the people involved in the incident and will file an FIR against them, he said.

In August alone, over half-a-dozen incidents of mob violence were reported in the state against suspected child lifters in Bihar.

Last year, at least four persons were lynched in the Telugu states of Telangana and Andhra Pradesh and more than 20 others were injured in mob attacks, triggered by the child lifting rumours over social media. While three persons were beaten to death by mobs in Telangana, one person was killed in neighbouring Andhra. All the incidents were reported during May, 2018.

Beggars, mentally challenged and migrant labourers who couldn't speak Telugu had become target of the mobs.

A 52-year-old transgender beggar was beaten to death and three others were injured in a mob attack in Hyderabad on May 27. Suspecting them to be members of a child kidnapping gang, people in Chandrayangutta area in the old city of Hyderabad attacked them.

The beggars, who had come from Mahabubnagar district of Telangana to Hyderabad to seek alms during holy month of Ramadan, were severely thrashed and even attacked with stones by the angry mob. Believing rumours circulated on social media that gangs of child lifters were roaming around, some people started questioning the beggars and when they could not give convincing reply, a mob gathered there and started thrashing them.

A mob had thrashed a 27-year old mentally challenged man at Badangpet near Hyderabad on May 24. He had sustained critical injuries. One person was killed and 10 were injured in separate incidents of mob violence during the same month in Andhra Pradesh's Visakhapatnam district. Incidents of mob thrashing suspects were also reported from Kurnool, Guntur and other districts of Andhra Pradesh.

Videos showing chopping off the legs and hands of children were widely circulated in various WhatsApp groups, triggering fears. Following these rumours, people in some villages had started patrolling with sticks. Police in both Telugu states had appealed to people not to believe the rumours circulated on WhatsApp. They clarified that there is no movement of any gang of child lifters and that no case of kidnapping was reported.

The police also conducted awareness campaigns across villages to inform people that there is no truth in the rumours. Telangana's Director General of Police M. Mahender Reddy had warned public not to take law into their hands and cause harm to innocents. He had also warned that stern action would be initiated against those spreading false news and forwarding false messages on social media.

The police had requested citizens not to take law into their hands, in case of any suspicion to approach security agencies.