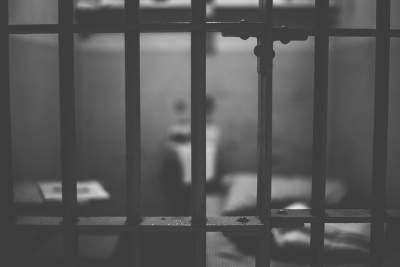 Noida (IANS) Five men, who identified themselves as journalists, have been booked under the Gangsters Act for allegedly putting pressure on police personnel and using their media outfits for personal gains.

Four of the accused -- Sushil Pandit, Udit Goyal, Chandan Rai, Nitesh Pandey -- were arrested on Saturday and sent on four days' police remand after they were produced before the District and Sessions Court at Surajpur.

A cash reward of Rs 25,000 has been announced on the fifth absconding accused, Raman Thakur.

"The five worked as a gang with a motive to have government officials, especially policemen, work for their agenda, mostly to help accused in police cases, in lieu of money," Senior Superintendent of Police (SSP) Vaibhav Krishna said at a press conference.

The SSP said that Pandit, the leader of the gang, and Goyal were arrested in Noida, while Rai was picked up from Ghaziabad and Pandey was taken into custody from Lucknow late Friday night.

Krishna added that none of the accused was an accredited journalist.

"Using their influence as mediapersons, the gang was putting undue pressure on officials to prevent them from carrying out their lawful duty and make personal temporal, pecuniary and material gains," said Gautam Buddh Nagar District Magistrate (DM) B.N. Singh.

He said the officials were targeted by the gang which disseminated content to malign their image and cited the headlines of a couple of their news stories which accused the police force in Noida and other parts of Uttar Pradesh of caste bias in transfers.

"They would put out motivated news stories to malign their image, create a negative perception about such officials, including IPS officers, by circulating content on their news portals, social media and WhatsApp," the DM added.

SSP Krishna said an FIR has been registered against them under the Uttar Pradesh Gangsters Act and the Anti-Social Activities (Prevention) Act, 1986.

In a brief interaction with reporters after the press conference, the accused refuted the allegations and said they would move the higher court to challenge their arrest.

Three of them in January this year, were also caught red-handed in a bribery case related to the arrest of the then SHO of Noida Sector 20 police station.

The SSP said that Thakur had a criminal case related to cheating, Arms Act and IT Act in 2015 also, while Rai was booked for a motorcycle theft in 2007 at Ghaziabad police station and a stolen motorcycle was recovered from him

Three cars, including a Toyota Fortuner, were also recovered from Rai, whose name has cropped up earlier also in several cases of corruption, Krishna added.