Govt rolls back surcharge on FPIs to check capital outflow 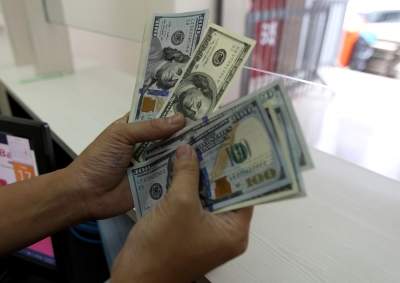 New Delhi (IANS) With an aim to check the massive outflow of foreign portfolio investment since the Budget, the government on Friday withdrew the surcharge levied on them.

As a result, the tax incidence for foreign portfolio investors (FPIs) will come down by 4-7 per cent removing the anomaly created in the Budget. The move will also cheer domestic investors as the withdrawal would also apply to them.

The action came weeks after FPIs turned net sellers after levy of surcharge in the Union budget and are estimated to have pulled out about Rs 8,500 crore since the budget announcement.

In a sort of mini Budget which included a flurry of economy revival policy measures, Finance Minister Sitharaman on Friday announced that "the enhanced surcharge from long-term and short-term capital gains on FPIs stand withdrawn."

Investors hailed the government decision with Karma Capital head Nandita Parkar who also represent industry body of FPIs (AMRI) said that the Finance Minister has done an extraordinary job and has responded decisively to their issues.

"Surcharge reversal is of course big relief for FPIs that would eliminate the need to look for any exotic solutions like restructuring or changing PAN status of SICAV type of structures. It's a bonus for domestic investors as well," Sunil Gidwani, Partner, Nangia Advisors (Andersen Global), said.

It may be noted that FPIs had done hectic lobbying to remove the surcharge with many of them pulling out their investment from the capital market.

Sitharaman noted that government will review surcharge on HNIs after 75th Independence Day of India.

Elaborating on mechanism to withdraw surcharge levy, effected through Finance bill, she said that it will be withdrawn through government orders. Revenue Secretary Ajay Bhushan Pandey said that the fiscal impact of the removal of enhanced surcharge would be to the tune of Rs 1,400 crore annually.

Terming it as a key measure to boost economy and investor sentiment, Sitharaman said that in order to encourage investment in the capital market, it has been decided to withdraw the enhanced surcharge levied by Finance Act, 2019 on long and short-term capital gains arising from transfer of equity shares referred in Sections 111A and 112A respectively.

"This is hugely positive for the market. This is something which should address the ongoing concerns as well as those structural changes that should have been brought into effect a while back. The rollback of higher surcharge on FPI as well as domestic investors is a welcome move since it was one of the factors that put a lot of dent on investors sentiment, specifically FII and FPIs," said Mustafa Nadeem, CEO, Epic Research.